Sidewalk chalk outside Philly playground: 'Why hug your dog but eat a cow' 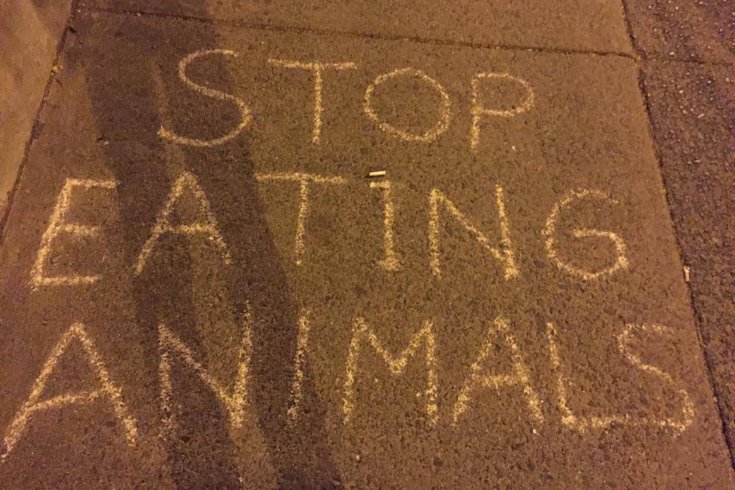 This sidewalk chalk message was written outside Starr Park in Society Hill.

On any given afternoon, Starr Garden Playground in Society Hill is filled with carefree children playing and laughing. But one chalk artist wants those kids to take a moment to rethink their dietary habits.

A series of messages written outside the entrance of the park on 6th Street between Lombard and South streets discourage eating meat and animal products. The messages were written sometime before Thursday night and were still on the sidewalk as of Saturday morning. 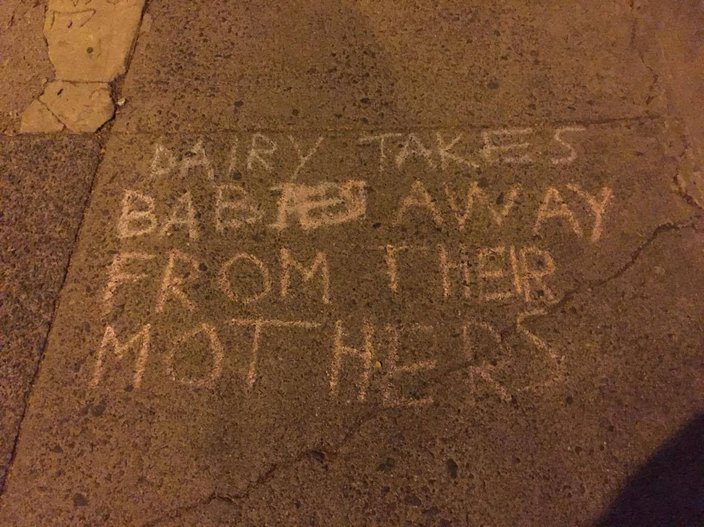 "Not your mom, not your milk," reads one message. "Why hug your dog but eat a cow," reads another. 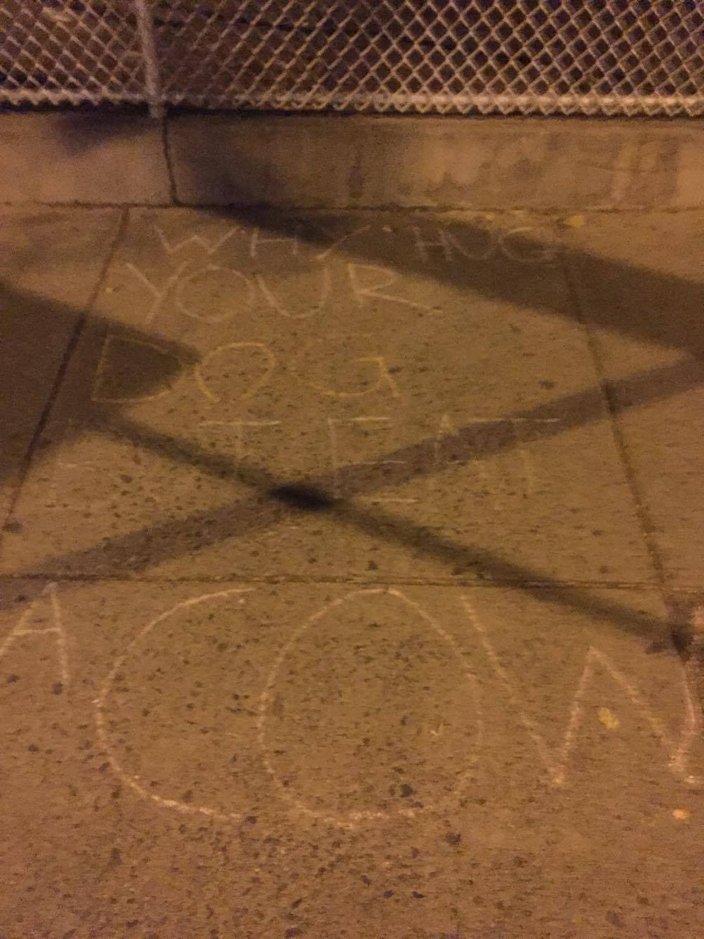 A viral social media campaign that started earlier this year encouraged people across the country to live a Vegan lifestyle through sidewalk chalk messages. 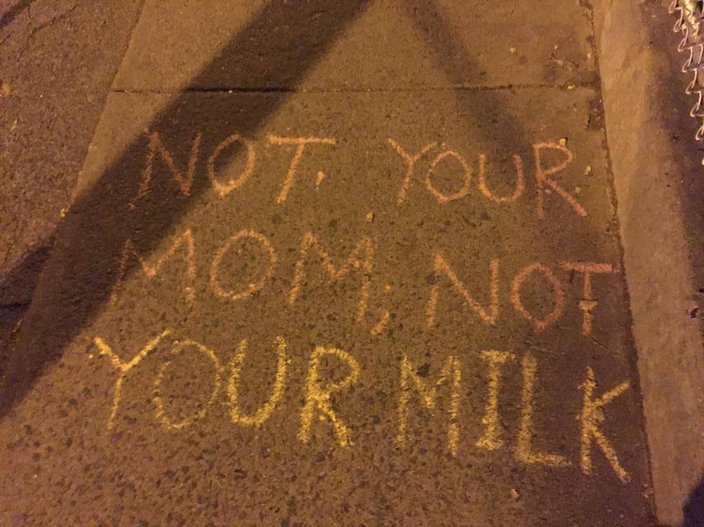 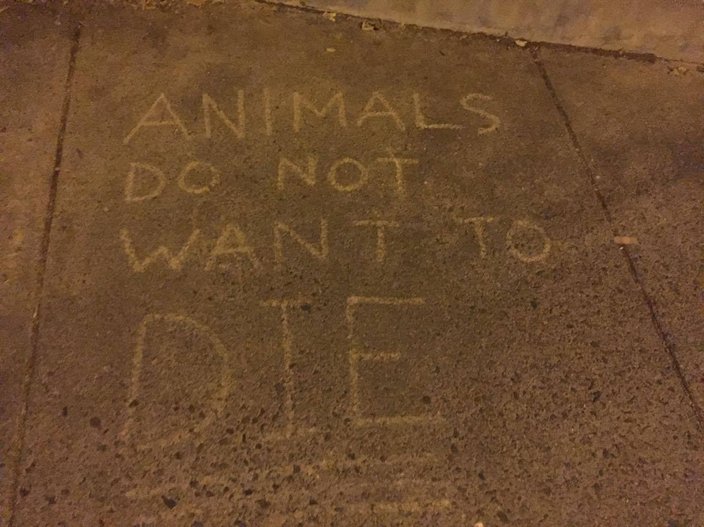 Have something to add to this story? Email us.