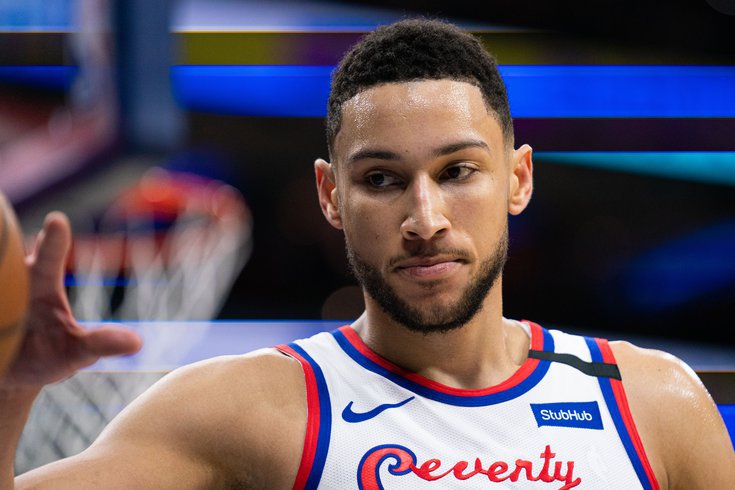 At the NBA restart in Orlando, Sixers guard Ben Simmons went fishing at the Grand Floridian. He caught one, but had a little bit of trouble tossing it back into the water.

The Philadelphia 76ers are down in Orlando for the NBA Restart, where they'll soon resume their quest for an NBA title amid the disruptions of the coronavirus pandemic.

Among the 22 teams that reported to the NBA's "Disney bubble," the Sixers are being lodged at the Grand Floridian along with seven other teams, including the Houston Rockets and Indiana Pacers.

A number of entertaining scenes from the bubble have made their way to social media already, from Joel Embiid's dinner to Matisse Thybulle's mini-documentary.

The best of the bunch is a moment between Ben Simmons and Josh Richardson, in which Simmons celebrates catching a largemouth bass. You'll notice that as Simmons chucks the fish back into the water, he doesn't put quite enough force on the toss.

Since entering the NBA, Simmons has made the All-Star Game twice on the strength of his transition game and stout defensive presence. Jump shots, as we all know, are not Simmons' forte.

Fans from around the league took the fishing video as an opportunity to troll Simmons for his struggles as a shooter.

Ben Simmons throws fish back in the water with the wrong hand. pic.twitter.com/365wn4Imwh

Ben Simmons had a wide-open look at a massive body of water and still managed to toss the fish off the dock. https://t.co/kEZ8EepyZv

I can’t stop watching Ben Simmons throw the fish and miss the giant lake. The Sixers are winning the title.

Find someone who looks at you the way Ben Simmons looks at this fish. pic.twitter.com/sMFebvRIe5

The problem here is that people are mostly unaware that this is a sign of improvement. Earlier this year, Simmons went a on a fishing trip with his buddies and didn't catch anything. Give the guy some credit for reeling one in this time around.

Maybe all of the ridicule will motivate Simmons to shoot a three at some point during this strange restart.

The Sixers will return to action on August 1 for a 7 p.m. tipoff against the Pacers.