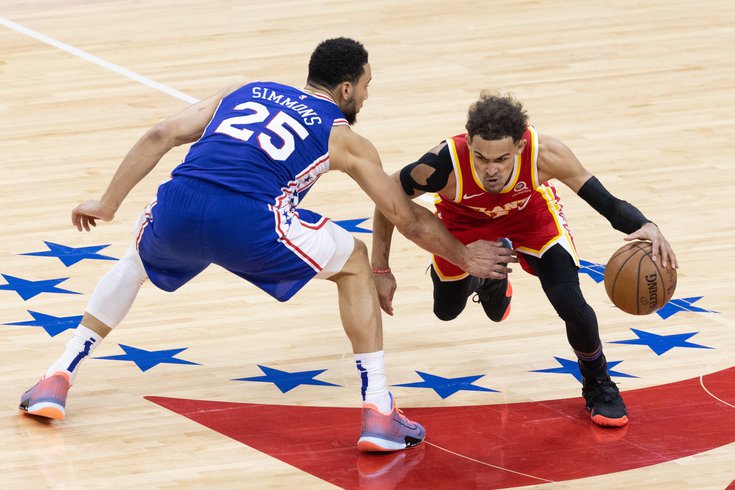 Coming into the week, holding a 2-1 lead, Sixers fans were hoping their Eastern Conference semifinal series against the Hawks would be wrapped up by Wednesday night, giving them plenty of time to rest before facing either the Nets or Bucks in the conference finals.

Well, the series wasn't over by Game 5, but it can be wrapped up on Friday night during Game 6. Only it won't be the Sixers playing for the right to advance; it will be the fifth-seed Hawks, looking to close out the top-seeded Sixers in Atlanta after back-to-back, 20-plus-point comebacks.

For Philly fans, that hasn't been the talk — the Hawks' comeback efforts — with the focus around these parts more on the Sixers' historic collapse in Game 5 that followed an almost equally embarrassing loss a few days earlier.

Now, it's win or go home for Doc Rivers' crew, who will continue to soldier on with a clearly limited Joel Embiid (knee) and without fellow starter Danny Green (calf). And they'll have to do it in Atlanta where they split earlier in the series but where the Hawks are 20-3 overall since Nate McMillan took over back on March 1. The Sixers, meanwhile are 22-18 on the road this season (including the playoffs) as opposed to 32-9 at the Wells Fargo Center.

Obviously, the Sixers are hoping for at least one more game in front of their home fans. But in order to make it there, they'll need to win Game 6, a game in which they're actually favored by three points at nearly all the sports books on Pickswise, despite Atlanta's recent home record and the stink of Game 5 still lingering in the Sixers locker room.

Can they pull it off and start a comeback of their own? Follow along right here for all the latest news, highlights and more as the Sixers and Hawks clash in Game 6 from State Farm Arena in Atlanta, starting at 7:30 p.m. on ESPN.