The Philadelphia play-by-play legend will take bookings for birthdays, anniversaries and other occasions 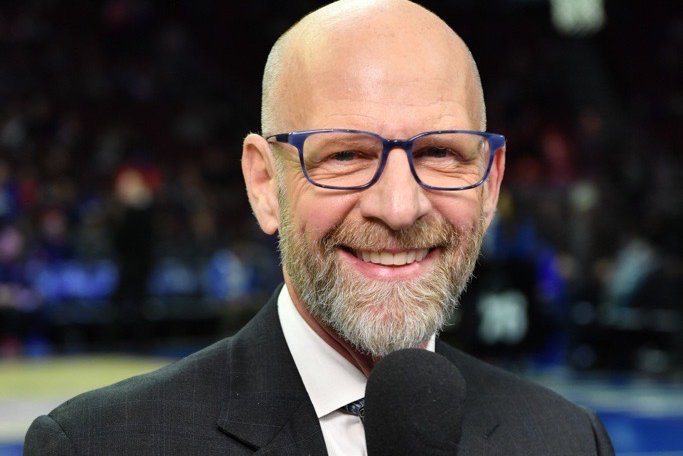 After the Sixers' latest crushing elimination from the NBA Playoffs, Philadelphia fans were dealt another blow when longtime play-by-play announcer Marc Zumoff retired from the booth.

Zumoff was the voice of the Sixers for 27 years, coining a collection of phrases that elevated him into a unique place in the history of Philadelphia sports broadcasters. It's hard to imagine watching Sixers games without Zumoff bringing us in for a landing or euphorically shouting "Yes!" after clutch fourth quarter buckets.

It's still unknown who will be filling Zumoff's shoes when the 2021-22 NBA season starts in October, but if you're missing his voice and warm salutations, you can now book Zumoff on Cameo.

Hello all! First legit tweet since retiring. I'm enjoying my personal reinvention, including this: https://t.co/RGP0yFkoVl Thanks for checking it out

"Hi, it's Marc Zumoff. Still locking all windows and doors. Still turning garbage into gold," Zumoff said in a video on his Cameo page. "And I can help you do the same — birthdays, anniversaries, or just joking around — all thanks to my membership in the Cameo family. Go ahead, hit me up."

The Philadelphia sports world is prime for media figures, former players and coaches to capitalize on a platform like Cameo. Former Eagles head coach Doug Pederson recently joined Cameo and has gotten excellent reviews for his personalized messages.

Zumoff is starting his Cameo career at a very affordable price of $39, compared to $175 to book Pederson and $500 for Brian Dawkins. There's no way around acknowledging that Cameo is a very weird marketplace. The concept makes plenty of sense and there is an obvious demand for access to personalized content from famous people. It's just kind of strange to put a dollar figure on it and realize how easy it is for celebrities to cash in on their status.

One can look at it cynically or just be glad for the chance to bring joy to others in the form of an unexpected video.

For Zumoff, this is basically filling a tank of gas. And he's the kind of person who would instantly bring a smile to anyone who receives a message from him.