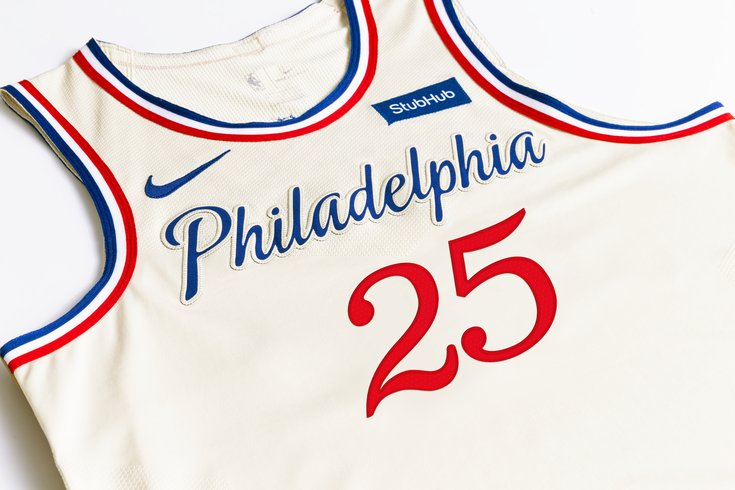 UPDATE [Wednesday, 9:07 a.m.] — The Sixers have made the announcement of their 2019-20 City Edition uniforms official, and have released several new photos of the details of their new uniform, including the Liberty Bell-style piping down the side.

They've also announced the six dates on which they'll wear this new look, and fans won't have to wait long to see them on the court.

Here's a look at some more images of the City Editions, courtesy of the 76ers: 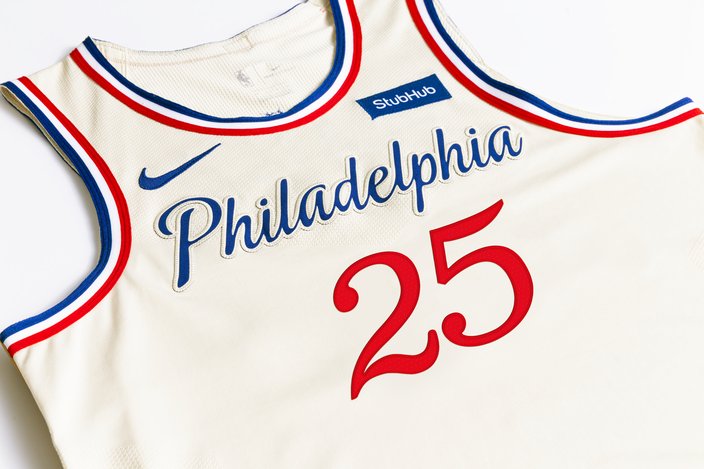 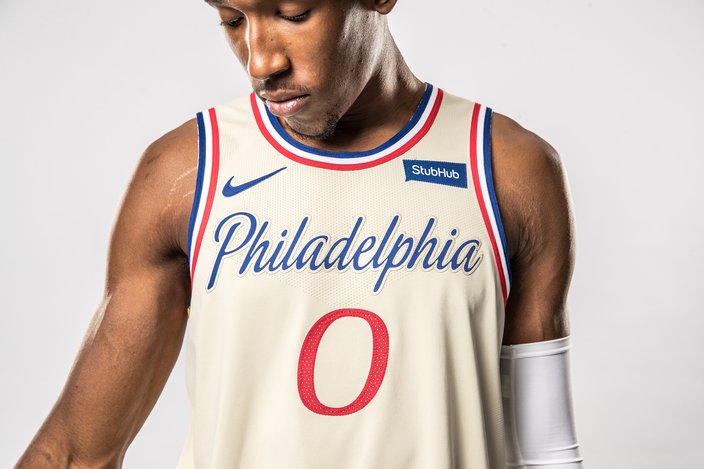 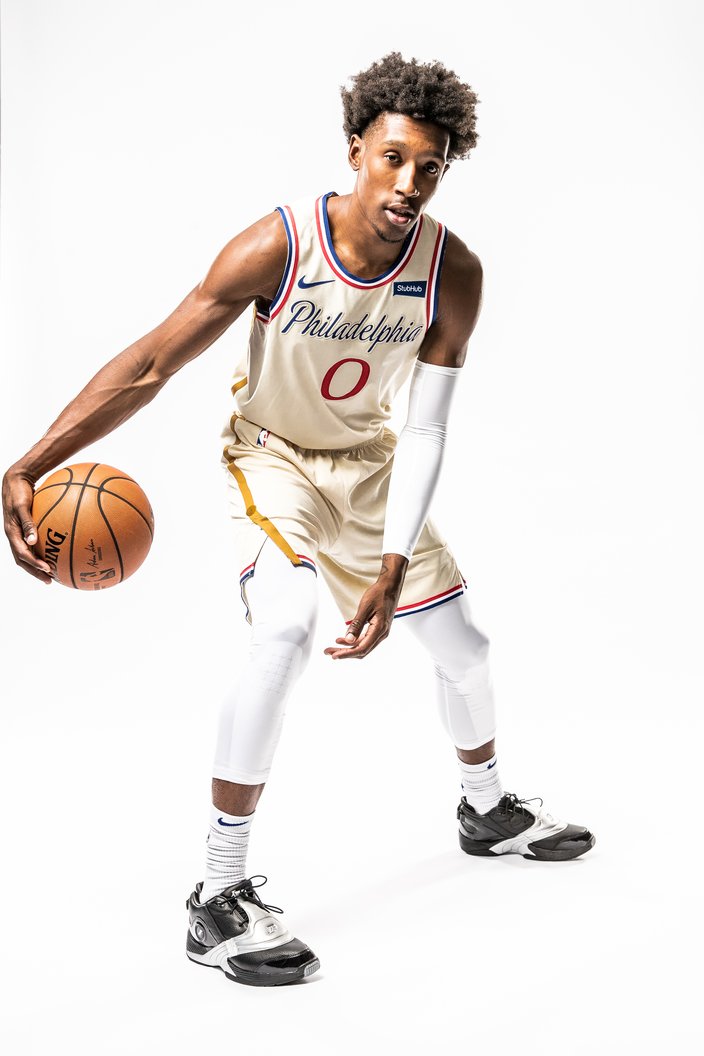 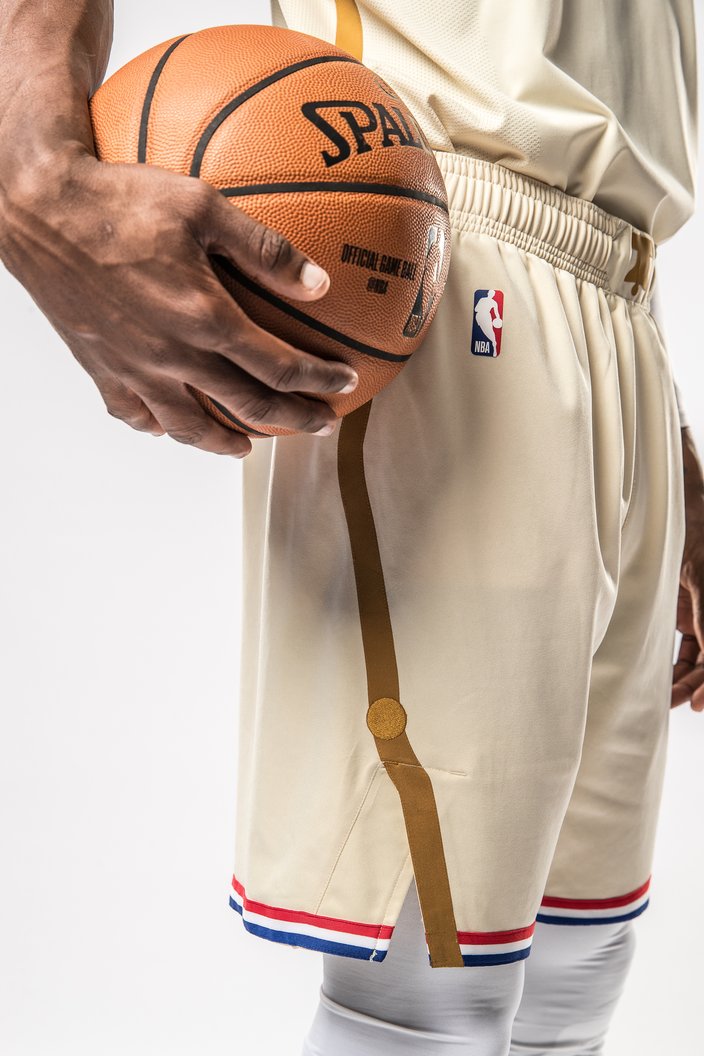 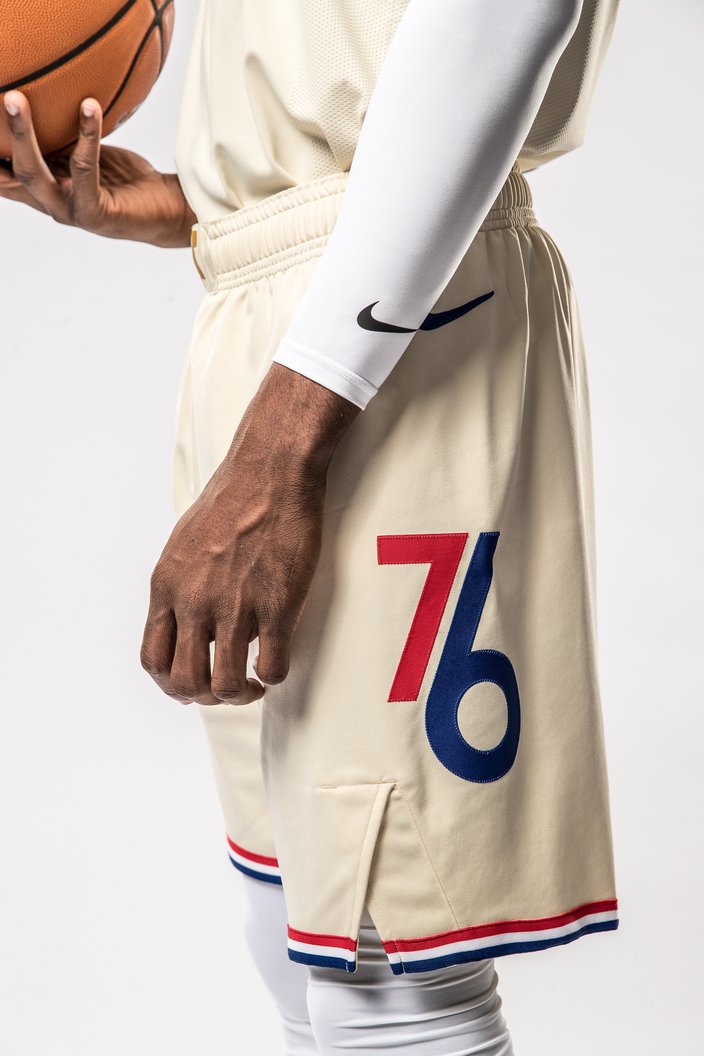 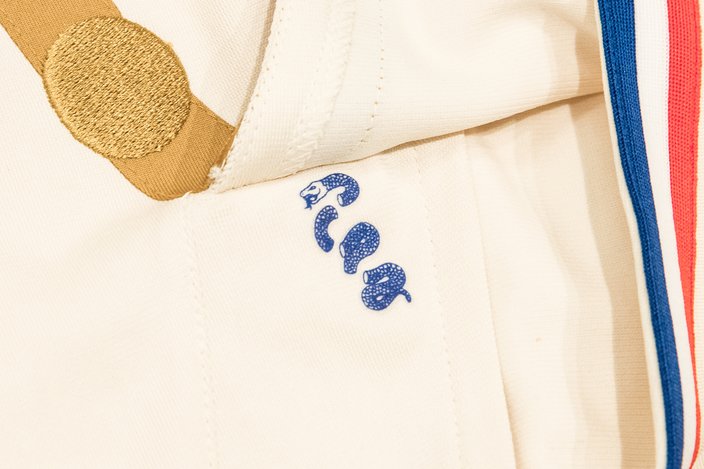 First impressions: they're good! I was hesitant about the full "Philadelphia" in script across the chest, because it feels cluttered and a little uneven, and I'm still not sold on it. But the number font ties things together nicely for an overall American Revolution feel.

The unveiling Tuesday night was expected: the 76ers Crossover event was a first-of-its-kind art exhibit collaboration between the Sixers organization, artists from the Philadelphia and around the world, and even some of the Sixers' players, making it an ideal venue to release your team's latest style.

An official announcement is expected on Wednesday.

As is the case for all 30 NBA teams since Nike took over uniform responsibilities at the beginning of the 2017-18 season, uniform unveils happen at a breakneck pace these days.

Earlier this year, during the offseason, the Sixers unveiled their latest Classic Edition uniforms, a fantastic spin on a little-used retro style from the early 1970s.

They then "leaked" their updated Statement Edition uniforms before the season began, and have already worn those uniforms during the 2019-20 season.

There was an iffy leak of a potential new Sixers uniform back in June, which folks at the time believed would be the team's new Statement Edition uniform, but nothing ever came of them.

The Sixers' original City Edition uniform, from 2017-18, is still their best look in the Nike era. That cream-like "parchment" background color was perfect, the script font was just elegant enough without taking up too much space, and the blue-white-red trim completed the look.

Last year's City Edition uniform, on the other hand, was (in my opinion) an absolute bust until the white "Earned Edition" rolled around. The grey heather pattern was a total whiff, because teams should never wear grey uniforms.