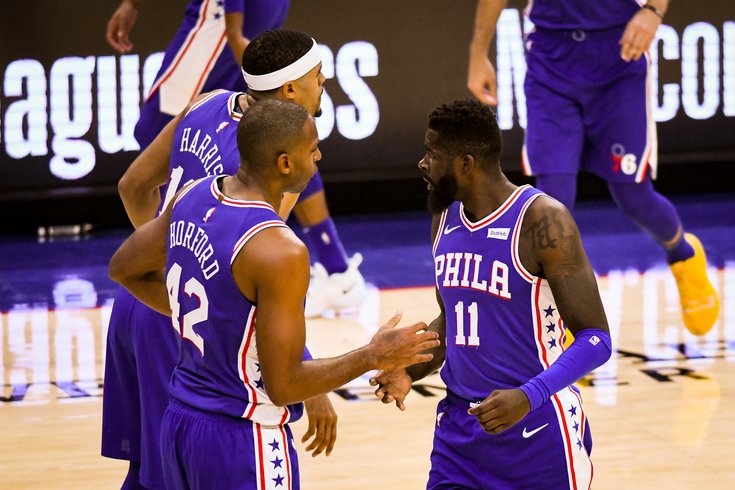 James Ennis has been traded to the Magic.

The Sixers have traded James Ennis III to the Orlando Magic in exchange for a second-round pick, league sources told PhillyVoice on Thursday afternoon.

Ennis' tenure in Philadelphia was quite a strange one. Arriving at last year's deadline to compete in a "quiet tournament" with Jonathon Simmons for backup bench minutes in the Sixers' playoff rotation, Ennis won that battle going away, and would eventually shine in a small role for the Sixers during the postseason. And after signing at a discount in the offseason to chase a championship in Philly, it appeared Ennis might have a decent-sized role for this year's team.

It started off that way, with Ennis shooting the lights out in the early period of the schedule, but inconsistency plagued the months since and eventually led to him finding himself in the doghouse. That last bit was somewhat curious, as Ennis appeared to have at least outplayed other guys in the rotation, most notably Mike Scott, whose spots were never questioned.

But with Burks and Robinson III coming in to add depth and shooting from the wing, the emergence of young players like Matisse Thybulle and Furkan Korkmaz, and with Ennis clearly not in the team's plans, both sides apparently saw fit to move on. Ennis was in search of more playing time and waived a no-trade clause in order to facilitate the move.

With a player option for next season, dealing Ennis gives the Sixers the slightest bit of extra summer flexibility, should they choose to use it.

Trading Ennis opened up a roster spot for Philadelphia, who needed to create two in order to absorb the two Warriors players they agreed to acquire early Thursday morning. The other opening, a source confirmed to PhillyVoice, will be created by waiving Trey Burke, as Keith Pompey first reported moments after the deadline on Thursday.

(Hindsight being 20/20, cutting Burke now rather than before his contract became fully-guaranteed seems like a self-inflicted wound. The Sixers could have had a little extra financial flexibility at the deadline at the cost of cutting a guy who fell out of the rotation anyway. Whether he should have been in the rotation over Raul Neto, of course, has been debated to death.)

Losing Ennis does put some pressure on the wings they have in place to get the job done. While Ennis was unspectacular even on his best day, he did bring a professional, committed approach on a team that often lacks one, and his knack for offensive rebounding created extra possessions for Philadelphia on a regular basis. If players like Korkmaz and Robinson III prove unable to hold up defensively, or if Thybulle's shot goes missing, the Sixers will find themselves in a tough spot come playoff time.

Burks and Robinson III will not be available for the Sixers in Thursday night's game against the Milwaukee Bucks, a source confirmed to PhillyVoice on Thursday afternoon, and their availability for Philadelphia's home game against the Grizzlies on Friday is still up in the air. There are various steps players and teams have to take before trades are fully processed, between trade calls, physicals, and the like, but the Sixers would obviously like to bring their new pieces into the fold as soon as possible.