Does UV light from nail dryers increase the risk of skin cancer? Scientists aren't yet sure

A new study shows gel manicures can damage DNA and cause cell mutations. But more research is needed to establish a link to cancer 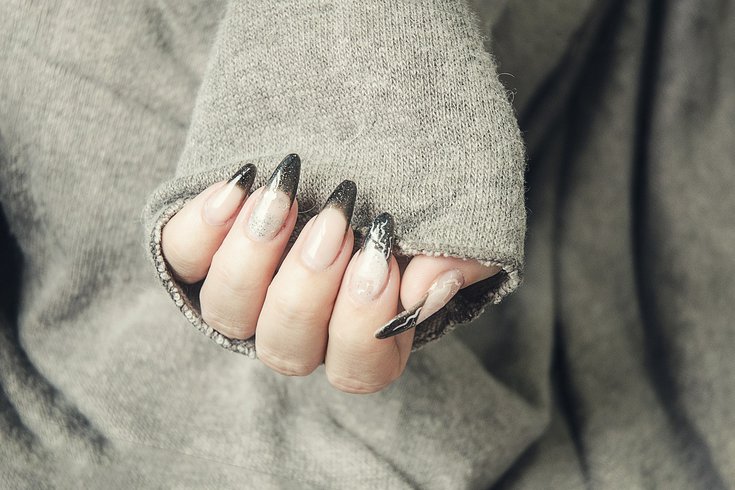 The UV light dryers used to harden gel manicures can damage DNA and cause skin mutations, a new study finds. But it remains unclear whether the cosmetic treatments increase the risk of skin cancer, as sun exposure and tanning beds do.

Gel manicures have become popular in the last 15 years, but how problematic is the ultraviolet light from the nail dryers used in the cosmetic treatments?

Scientists caution that gel manicures, which became popular in the last 15 years, may increase the risk of skin cancer, if done on a consistent basis. Though they say there isn't enough evidence to confirm an increased risk, the nail dryers used to harden gel manicures emit UV rays – a known cancer risk. UV radiation from sun exposure and tanning beds is known to heighten cancer risk.

A new study, published earlier this month, found that radiation from UV nail dryers can damage DNA and cause cell mutations, which can lead to cancer.

When researchers exposed human and mice cells to UV light from nail dryers for 30 minutes, about 20% to 30% of them died. After three consecutive 20-minute sessions, 65% to 70% of exposed cells had died.

Still, the study does not provide conclusive evidence that nail dryers increase the risk of skin cancer,  researcher Ludmil Alexandrov, a cellular and molecular medicine professor at the University of California, San Diego, told The Washington Post. A large, epidemiological study is needed to do that.

"But we very clearly see that it does negatively affect cells, and it damages DNA," he said.

The U.S. Food and Drug Administration considers UV nail dryers used to set gel manicures and pedicures to be associated with a low risk of cancer when used as directed.

Maria Zhivagui, a postdoctoral researcher at the University of California, San Diego who was involved in the most recent study, said more research on people – not just human cells – is needed to confirm their lab findings.

"A this point, I would recommend or advise people to just weigh the risk," Zhivagui told NBC News. "Understand what this is doing. There is damage at the DNA level. We don't know if it's carcinogenic."

The damage caused by UV rays slowly accumulates over time, so it can be challenging to determine cause and effect with only a few years' worth of data, dermatologists say. Still, many advise taking precautions when getting gel manicures.

People are advised to apply a waterproof, broad-spectrum sunscreen that is at least 50 SPF to their skin about 20 minutes before going under the lamp – but after the nail technician has finished soaking or using lotions or oils on their hands. Wearing fingerless, anti-UV gloves that are UPF 50+ while under the dryer also can reduce exposure to UV light.

"Next time you get your gel mani, don't forget to bring your sunscreen along," Dr. Adeline Kikam, a board certified dermatologist who runs the Brown Skin Derm Instagram account, told Well + Good. "The UV light used to harden the nail polish can potentially increase the risk of skin cancer and cause premature aging. Nail lamps mainly emit UV radiation, it's one of the most DNA-altering penetrative wavelengths, and the number one culprit in accelerating premature aging and also contributes to skin cancer."

Many dermatologists recommend only using gel manicures for special occasions – about once or twice a year – to reduce the damage done to the skin. Older people, those with fairer skin or people who are taking medications that make them more sensitive to light may want to avoid gel manicures all together.