Teddi Mellencamp reveals she has melanoma; here's how to spot skin cancer 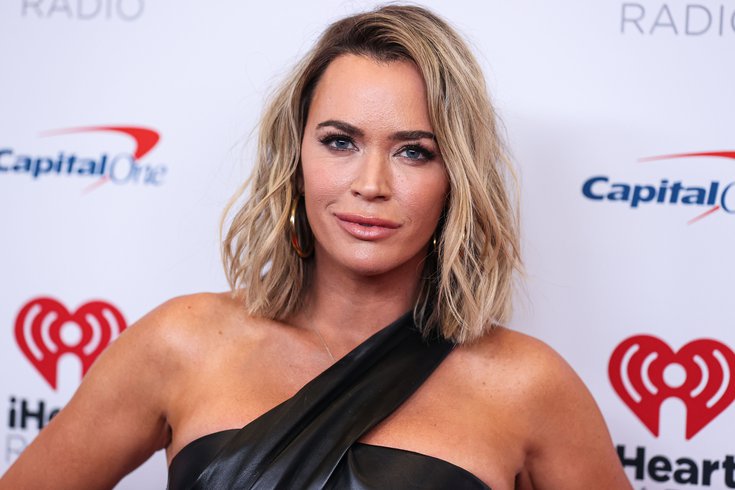 Teddi Jo Mellencamp Arroyave, the former star of 'The Real Housewives of Beverly Hills, is urging her fans to get regular skin checks and take sun protection seriously after she recently was diagnosed with stage 2 melanoma.

Teddi Jo Mellencamp Arroyave is urging people to get regular skin checks and take sun protection seriously after having been diagnosed with skin cancer recently.

The former star of "The Real Housewives of Beverly Hills" revealed that she has stage 2 melanoma in an Instagram post Tuesday, calling it a "wake up call."

In March, Mellencamp said she had a suspected melanoma removed after her former co-star Kyle Richards noticed some discoloration on her back. She received her cancer diagnosis after a 3-month skin check.

"Despite my anxiety, I listened to the doctors and went in for my 3-month skin check last week since my previous melanoma," the 41-year-old mother of four wrote on Instagram. "They said I had another abnormal spot near my last one so they did a biopsy. I got the call this morning: Stage 2 melanoma.

"Moral of this story: if a doctor says, 'come in every 3 months' please go in every 3 months. I so badly wanted to blow this off. 'What could happen in 3 months?' I thought. Apparently a lot."

"I continue to share this journey because I was a 90s teen, putting baby oil and iodine on my skin to tan it," she wrote. "Never wearing sunscreen or getting my moles checked until I was 40 years old. This has been such a wakeup call for me, and I hope to all of you, to love and protect the skin you're in."

More than 5 million people are treated for skin cancer every year in the United States. It is the most common cancer in young adults.

Despite misconceptions, dermatologists stress that skin cancer is very serious. It can lead to physical disfigurement and death. The three most common types are basal cell carcinoma, squamous cell carcinoma and melanoma.

Basal cell carcinoma typically appears on the head or neck and looks like a shiny pimple that is easily irritated.

Squamous cell carcinoma can be found on the head and neck, as well as the back of hands. It can look like a flat lesion with a rough, scaly surface or a firm red nodule.

When caught early, skin cancer is treatable, oncologists say. Surgery to remove cancerous cells is the primary treatment for most skin cancers. Some cases of basal cell or squamous cell carcinomas only require a simple excision using a local anesthetic. For more complicated cases, more extensive surgery may be needed.

When the cancer metastasizes, chemotherapy, radiation or photodynamic therapy – which uses a combination of laser light and drugs – is also needed.

How to spot cancerous moles

People with a family history of skin cancer or sunburn and anyone on immunosuppressive drugs, are advised to get their skin checked at least twice a year for lesions or suspicious moles. They also are advised to conduct a self-examination once a month.

Dr. Joseph Sobanko, director of dermatologic surgery education at Penn Medicine, previously told PhillyVoice that anyone with a lower risk should still do self-exams and reach out to a dermatologist if they see something concerning.

Any new lesion that bleeds easily or forms a sore that doesn't heal, or old moles that change appearance, should be evaluated by a dermatologist.

Because moles can turn cancerous, doctors recommend using the ABCDE's of skin cancer to identify concerning moles. Here's how to spot potentially cancerous moles, per the CDC: