The legislation, introduced in June by U.S. Sen. Bob Casey and Rep. Madeline Dean, would require the installation of tamper-resistant smoke alarms in public housing nationwide 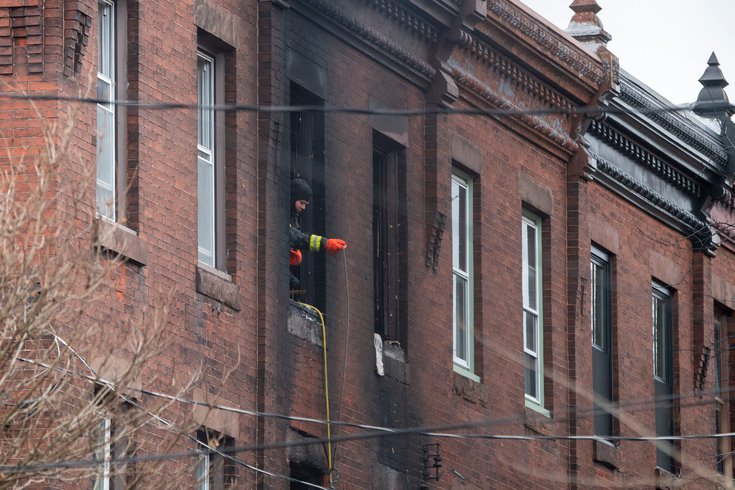 After the tragic fire in Fairmount in January that killed 12 people, including 9 children, U.S. Bob Casey and House Rep. Madeleine Dean introduced a federal bill to mandate the installation of smoke alarms in all public and federally-assisted housing nationwide.

Two federal lawmakers from Pennsylvania are introducing a bill to mandate the installation of smoke alarms in public housing as a response to the deadly fire in Fairmount in January, which killed 12 people, including 9 children.

The Public and Federally Assisted Fire Safety Act was introduced in June by U.S. Sen. Bob Casey and House Rep. Madeleine Dean. The legislation — which already has some support from Republicans in Congress — would require the installation of tamper-resistant, battery-powered smoke alarms in public or federally-assisted housing throughout the country.

It would also provide $2 million to the Department of Housing and Urban Development, which owns most of the contracts for affordable housing units throughout the country, enabling them to run a public service campaign about health and safety requirements of public housing, including how to use fire safety features.

"The fire in Fairmount was heartbreaking, and the community continues to mourn the sudden loss of 12 family members, including so many precious children," said Dean. "Let me be clear — we can never repeat the fire tragedies that we saw in Philadelphia or New York. We must implement critical safeguards that will protect the millions of families that live in public or federally-assisted housing."

The bill would require the installation of a smoke alarm in or near each sleeping area, basement, and common area in the housing unit, in accordance with existing federal regulations and requirements. It would also require a notification system for people with hearing loss, and would utilize standard, 10-year batteries.

On Jan. 5, 12 people died in a rowhome fire on 23rd Street in Fairmount. Nine of those that were killed were children, and two additional people were injured. As many as 26 people were known to live in the property, which was subsidized by the Philadelphia Housing Authority, as the family who was first authorized for the property grew in size.

After the fire began, the Fire Department found no evidence of working smoke detectors in the property, despite PHA being responsible to repair and replace damaged smoke detectors in every public housing unit it owns and operates.

After an investigation, city officials said that they believed the fire was started by a 5-year-old playing with a lighter in the house, accidentally setting a Christmas tree on fire that was still up after the Christmas holiday. The child managed to escape the building, telling his neighbors and first responders that he started a fire and his mother died.

Kelvin Jeremiah, president of PHA, said in January that during a spring 2021 inspection, there were six working smoke detectors and three carbon monoxide detectors in the property. PHA records further showed that batteries that had been missing during that inspection were replaced with 10-year batteries, and two units were replaced.

After the tragic Fairmount fire in Philadelphia — my team and I wrote this legislation to protect the more than 10 million Americans who live in public housing.

We must pass this out of Congress for the families in Philadelphia, the Bronx, and everywhere else. https://t.co/LCTt92B67J

After the thorough investigation, officials discovered that all but one smoke detector in the property were inoperable.

"No one should have to choose between an affordable place to live and a home that is safe," said Diane Yentel, president and CEO of the National Low Income Housing Coalition. "Because of decades of federal disinvestment by Congress, however, some of America's lowest-income and most marginalized households have no choice but to live in homes without adequate heat or other basic safety standards, putting their health — or even their lives — at risk."

Though PHA has remained silent on the bill, per Billy Penn, Jeremiah said earlier this year that Congress would need to act, and huge investments would be necessary in order to prevent another deadly fire like the one in Fairmount.

Jeremiah said that each new public housing unit is provided with hardwired smoke alarm systems. Dean told BillyPenn that HUD did not provide a cost estimate for the bill, and while cost is certainly a factor, the loss of life is more important.

Several House members from Pennsylvania have already joined in to co-sponsor Dean's bill, including Rep. Dwight Evans, Rep. Brendan Boyle, and Rep. Brian Fitzpatrick. No members of the U.S. Senate have joined forces with Casey on his identical bill.

Both bills have been referred to committee, and will be up for committee votes in the coming weeks and months.