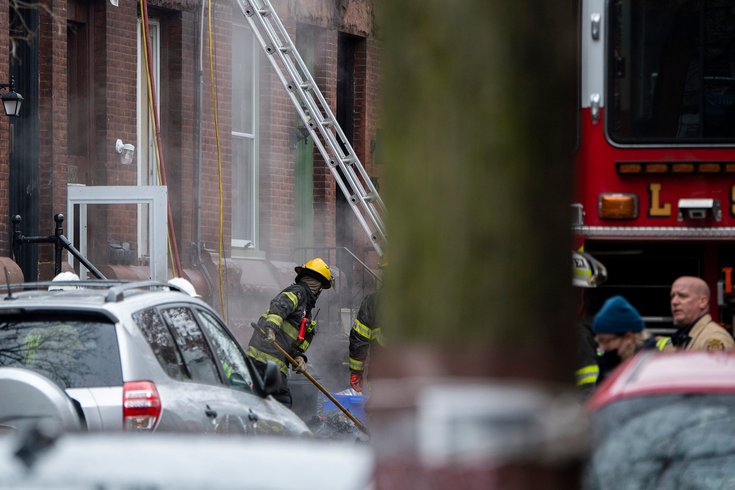 Investigators are looking into whether the deadly rowhome fire in Fairmount was caused by a 5-year-old boy playing with a lighter near a Christmas tree.

The rowhome fire that claimed the lives of 12 family members in Fairmount early Wednesday morning may have been caused by a 5-year-old boy who was playing with a lighter near a Christmas tree in the upper unit of the property, according to information from a search warrant in the ongoing investigation.

The young child managed to escape the burning building in the 800 block of North 23rd Street before dawn. He told a neighbor and later first responders and hospital staff that he had started the fire and his mother had died, according to the Inquirer, the first media outlet to report the development.

The fire, which became the deadliest single blaze in Philadelphia in more than a century, claimed the lives of three sisters and nine of their children. Six people who lived in the lower unit of the building escaped, according to the Philadelphia Housing Authority, which owns the property.

"All of us at PHA are shaken," PHA president and CEO Kelvin Jeremiah said Thursday during an emotional news conference. "Our hearts are heavy both for the loss of life and the families that have been now displaced in this tragedy."

Officials have not released the names and ages of the victims who were killed, though family members have identified some of them on social media and in news reports. Initially, investigators said 13 people died in the fire, but that was later revised to 12, including four adults and eight children.

A vigil was held Thursday night outside the Bache-Martin School in Fairmount, where several of the victims had attended. 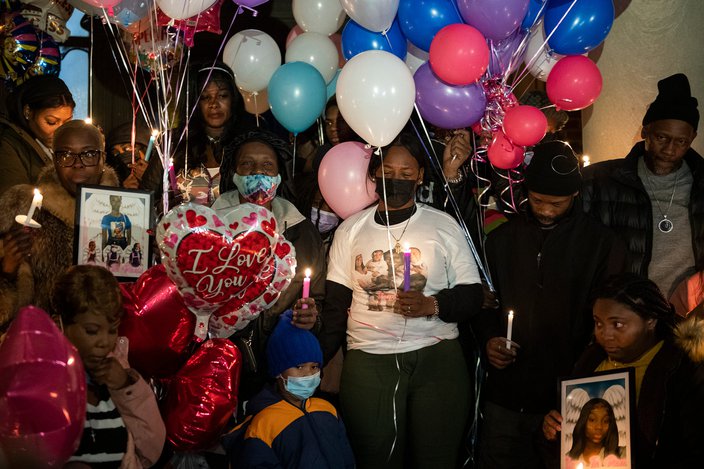 Family members gather by the Bache-Martin School in Fairmount for a vigil Thursday, Jan. 6, 2022 to honor the victims of Wednesday's deadly rowhome fire.

Authorities described a complex investigation that is being conducted with the aid and resources of the National Response Team of the Bureau of Alcohol, Tobacco, Firearms and Explosives, and other specialists, such as fire protection and electrical engineers.


"There will be no expense spared and no resource not allocated to this specific scene based upon the tragedy that occurred here in the city," ATF Special Agent in Charge Matthew Varisco said.

The property is part of PHA's scattered site portfolio, which numbers roughly 4,000 in Philadelphia, Jeremiah said at Thursday's briefing. The homes are intended to offer low-income families an opportunity to live in affordable homes in gentrifying neighborhoods.

Fourteen family members were authorized by PHA to live inside the upper unit where the fire began. The lease, which was signed in 2011, began with a grandmother, her three daughters and one child. The family grew and continued to live under the same roof together.

"This was, in fact, an intact family who chose to live together," Jeremiah said. "This is what we do. We don't kick out our family members, our loved ones who may not have other suitable housing options."

PHA had authorized 20 people to live across both units of the property. The fire marshal's report stated there were 26 people in the property at the time of the fire.

"We cannot ascertain whether there were what we tend to refer to as unauthorized occupants," Jeremiah said.

Batteries that had been missing at the time of the last inspection of the upper unit were replaced with 10-year lithium ion batteries, and two tamper-resistant units were replaced, PHA records showed.

"The residents are, in fact, supposed to make sure that they don't remove the batteries," Jeremiah said. "These are batteries that last 10 years."

The property was originally acquired by PHA in 1969 as an older public housing unit that did not have a sprinkler system inside, Jeremiah said.

PHA said it would defer to the fire department and other investigators to make a final determination about whether the smoke detectors in the upper unit went off at the time of the fire, as well as the information in the search warrant that linked the origin of the blaze to the 5-year-old boy.

Jeremiah advocated strongly for Congressional action and greater investments to address the problem of affordable housing.

As the investigation into Wednesday morning's fire continues, Jeremiah said PHA remains focused on helping the families impacted by the tragedy, including those who survived the fire and are now being rehoused at PHA properties that have already been determined.

"Our focus has to be wrapping our arms around this family, this community, the staff who worked on this unit, the police and firefighters who came out to see this incredible loss of life," Jeremiah said.