Elliot Senseman had worked with the reptiles since age 10. As an adult, he took care of snakes that had been mistreated or neglected by other owners, his family said 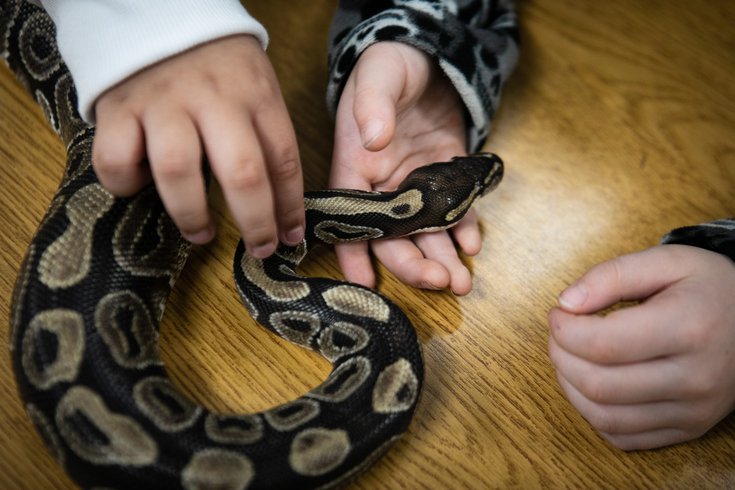 Elliot Senseman died after his pet boa constrictor wrapped itself around his neck last week. Police shot the snake, freeing the 27-year-old, but he succumbed to his injuries four days later. The snake above was not the one involved in Senseman's death.

The Lehigh County man whose boa constrictor wrapped itself around his neck has died from the injuries he sustained.

The Lehigh County Coroner's Office ruled that Senseman died of an anoxic brain injury due to asphyxiation by constriction, NBC10 reported. An Anoxic brain injury occurs when the brain is deprived of oxygen, which can happen during cardiac arrest. Once the heart stops functioning, other organs suffer, too.

When police officers arrived at Senseman's, one of them shot the snake. The reptile's grip loosened, allowing police to pull it off Senseman. He was taken to a hospital for treatment.

Senseman had been cleaning the cages of his three snakes when the boa constrictor became aggressive, the Daily Beast reported, citing a family member. His grandmother called 911 and then began to follow snake handling procedures until police arrived.

Senseman was an experienced snake handler, who had worked with the reptiles since age 10. About six years ago, Senseman began caring for snakes whose owners no longer could, rehousing them based on their temperaments and natural environments.

"A lot of times the snakes were neglected or mistreated and needed medical care," the family member told the Daily Beast. "He would provide all of that."

Rudy Arceo, founder of the Venom Institute in Schuylkill County, told the Morning Call that snakes maintain their grip, balance and stability by wrapping around whatever is holding them. If a snake is trying to inflict harm, it would bite before coiling. Humans are too large to be prey.

"But if you put this snake around your neck, and you're walking around hanging out with it or whatever, they will wrap around and they'll just basically try to maintain balance," Arceo told the newspaper. "And unfortunately, if you're not paying attention, they can get around your neck, and then when you try to actually push-pull away from it, it can be really difficult."

Zoo Check, an organization that advocates for the protection of wildlife, recommends against keeping large snakes as pets because they can be a risk to human health in unnatural habitats. Most snake attacks in homes can be traced back to animals mistaking body parts as prey. Large snakes also are at risk of being killed or abused if their owners don't possess the skills to properly care for them.

Deaths caused by constrictor snakes are rare, according to the Humane Society. Between 1978 and 2013, only 17 people were killed by large constrictors in the United States.

If people want to house snakes as pets, it's safest to choose a small one, such as corn snakes, which only grow to be 4 or 5 feet long, according to Reptile Craze, a website created by reptile owners. The site says novice owners should not keep cobras, boa constrictors, pythons or trunk snakes as pets.