Two other solo female artists from the city will open for her at the Fillmore on Saturday Aug. 6 — DJ Diamond Kuts and Jewelssea 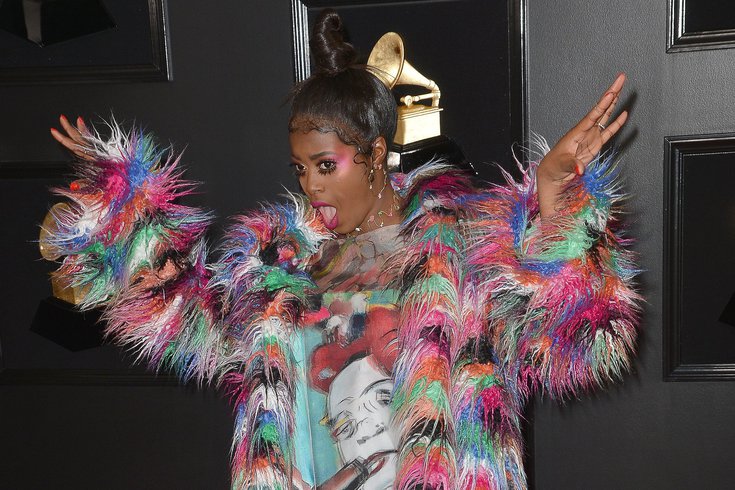 North Philadelphia native Tierra Whack will headline the Adult Swim Festival Block Party with her show at the Fillmore on Saturday, Aug. 6. Two other solo female artists from the city will open for her, DJ Diamond Kuts and Jewelssea.

The Adult Swim Festival Block Party is coming to Fishtown next month. There are lots of musicians from Philadelphia on the bill, including headliner Tierra Whack who grew up nearby.

This is the first time the festival held annually by Cartoon Network's late-night adult comedy block will happen on the East Coast, a release says. Like South by Southwest, the festival will stitch together several distinct events into a single weekend-long experience.

The concerts will take place from August 5-7 at four venues: the Fillmore, the Foundry, Punch Line and the Brooklyn Bowl. Each event is ticketed separately, but there are also single- and three-day general admission passes available.

The block party itself will happen on the corner of Allen and Canal streets, which will be closed to traffic during entirety of the event.

Whack, a North Philadelphia native, is headlining the festival alongside political hip hop act Run the Jewels and Dethklok, the death metal band from Adult Swim show "Metalocalypse." She'll play at the Fillmore at 6 p.m. on Saturday, Aug. 6.

Whack is a critically-acclaimed rapper with an eclectic, wonky sound.

Her debut studio release "Whack World" from 2018 was cited as the top album of the year by Noisey and Dazed.

Since then she's released three EPs and a handful of singles, the biggest of which was the 2020 track "T.D." The collaboration with Lil Yachty with features from A$AP Rocky and Tyler, the Creator debuted at No. 83 on Billboard's Top 100.

Whack has also released a custom shoe with Vans and collaborated with Lego on a music video for her 2021 track "Link." The idea for the spaceship made of animals the video is centered came from a group of Philadelphia schoolchildren.

When Whack was a Philadelphia school kid herself, she was introverted but loved writing and Dr. Seuss, who inspired her to rhyme the end of each sentence in her homework assignments.

For high school, she attended the Arts Academy at Benjamin Rush, where she was a vocal major and one of the only Black students.

It was around this time that she became a fixture in Philly's freestyle rap scene under the name "Dizzle Dizz" at just 15-years-old.

But before she graduated, Whack and her mother decided to move to Atlanta, where she worked at a car wash to save up for a laptop which she used to record some of her earliest tracks.

By 2015, she had returned to Philadelphia. After a brief struggle with homelessness, she was able to launch a music career under her real name.

Whack is not the only solo female artist from Philly who will play at the festival. Two will open for her at the Fillmore.

DJ Diamond Kuts, who hails from West Philly, will play a set. She's the host of Paramount+'s reboot of "Yo! MTV Raps," which premiered on May 24.

Jewelssea, an electronic producer with hip-hop influences, will open for Whack, too. The Temple University graduate's work is similar to that of late Japanese producer Nujabes. One of her main influences were the extended lofi hip hop study compilations which have become popular on YouTube in recent years.

Tickets are still available on LiveNation. They start at $55.