The retired Phillies second baseman last played professionally in 2018. There are currently about 22,500 baseball players in the United Kingdom 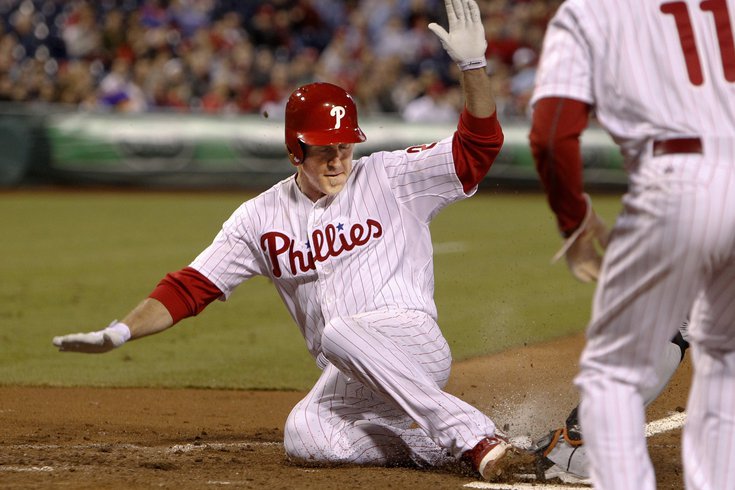 Retired Phillies second baseman Chase Utley is moving to London for a new job as the MLB's ambassador in Europe.

Phillies legend Chase Utley is known for his skills when it comes to America's favorite pastime, but the next leg of his baseball career will happen across the pond.

The second baseman who retired in 2018 says his new mission is to grow baseball in the United Kingdom and the rest of Europe, which is why he's moving to London.

There were about 22,500 baseball players in the UK in 2020. That number rose in 2019 when the MLB held its first two games in the country between the New York Yankees and the Boston Red Sox. Each drew nearly 60,000 fans.

“It was clear that sports fans in London had a great appetite for baseball,"​​ MLB Commissioner Rob Manfred said.

That momentum was blunted by the pandemic, but now the MLB's plans in the UK are back on track.

In May, the league entered a partnership with London that ensures regular season games will be played in the city in 2023, 2024 and 2026 along with some other baseball-related events over the next five years.

Baseball isn't the only distinctly American sport that's become a niche pastime in the UK in the 21st century.

The NFL has played at least one game in London every year since 2007, with the exception of 2020 due to the pandemic. The Eagles played the Jacksonville Jaguars there in 2018.

There were 28,600 players in the UK last year and 322,000 searches for "American football," since soccer is known as football there.

Although baseball and football are uniquely American past times today, they can trace their roots back to historic English sporting traditions.

Modern baseball didn't emerge until the run-up to the Civil War, but the moniker was first recorded in England in 1744, the San Francisco Chronicle reported. There's evidence the game had already made it to the colonies by 1735.

Baseball and cricket, another bat and ball game popular in the UK and the British Commonwealth, can trace their heritage back to the same group of games played across Western Europe in the colonial era.

The same goes for football, soccer and rugby. That's why American football and soccer have such similar names in much of the English-speaking world.

Utley was drafted into the Phillies' farm system in 2000 and made his major league debut for the team in 2003.

He was on the team when they won the World Series in 2008 and helped them reach the championship again in 2009, even though they ultimately lost to the Yankees.

Utley was also widely considered one of the best second basemen of his era, due in part to his strong chemistry with shortstop Jimmy Rollins.

Both players were traded to the Los Angeles Dodgers, Rollins in 2014 and Utley in 2015, which is where the second baseman finished off his career in 2018. But the reunion was brief, as Rollins was sent to the Chicago White Sox in 2016.

People interviewed Utley at a press event debuting eBay's new Vault program for baseball card collectors. It allows them to store their cards in a secure location. If they choose to sell a card they have in the vault they can do so instantly, since eBay will already have it.