The Answer IV, worn by the NBA Hall of Famer during the 2001 NBA Finals, go on sale Friday, and the original Answer I become available next week 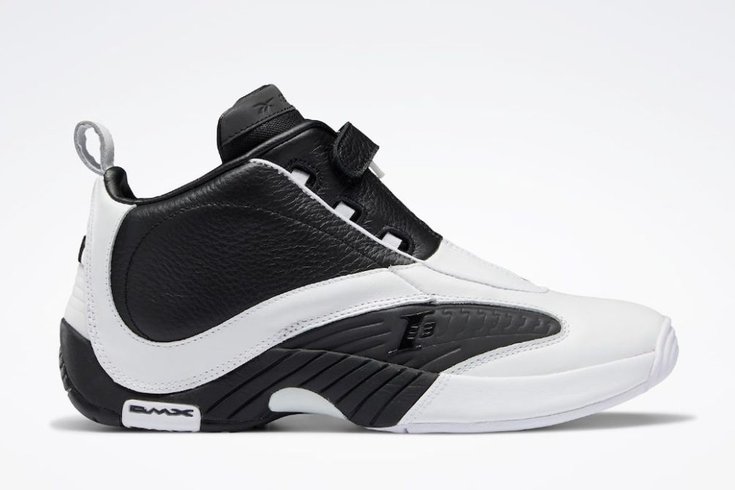 Reebok is releasing a classic colorway of Allen Iverson's Answer IV sneakers that he first wore during home games of the 2001 NBA Finals. The shoes, pictured above, go on sale at midnight online and at 10 a.m. at Foot Locker stores.

Reebok will release retro versions of two iconic iterations from its Allen Iverson Answer sneaker line this month, one of which goes on sale Friday.

It's just matter of hours until sneakerheads, Philadelphia 76ers fans and fans of Allen Iverson will be able to take it back to the 2001 NBA Finals with the release of the reverse white, black, silver metallic Answer IV shoes that Iverson fashioned during home games of that series versus the Los Angeles Lakers.

MORE: Next beer in PA Pride series – a fruited sour – is brewed with yeast discovered in Philly cemetery

The shoe is the reverse color blocking of the iconic black toe, white upper sneaker Iverson donned in the Sixers' Game 1 Finals victory when he stepped over Tyron Lue. A retro version of that shoe was released last year for the 20th anniversary of that iconic moment.

The iconic Reebok Answer IV “Stepover” is returning next month in celebration of its 20th anniversary. These are the definition of a CLASSICK!!! pic.twitter.com/rvJ3S6GcmN

Donning the colorway during that series, Iverson averaged 35.6 points per game in three home games, despite losing all three to the Lakers, who beat the Sixers to win the team's second of three straight NBA Finals that year.

Reebok announced the release of the sneaker by saying the following:

"No need to reinvent a classic when you got it right the first time. These men's Reebok Answer IV Shoes could not be more legit unless you stole them from Allen Iverson's closet. His face graces the outsole, and his I3 design fades into the upper. Plush DMX foam in the midsole keeps you comfortable while you're crushing the competition."

Retailing at $160, the sneaker will be available on Reebok's website at midnight Friday and Foot Locker at 10 a.m. Friday.

This Friday, Reebok is re-releasing the “reverse” white and black Answer IV PE that @AllenIverson wore in the 2001 Finals.

The IVs worn during his MVP season featured AI’s tats on the insole. pic.twitter.com/aFDJdc0xfZ

Then next week on Wednesday, the sneaker maker also will be selling an original colorway from the Answer I basketball sneaker, first introduced in 1997 and worn by Iverson during the 1997-98 season when the second-year guard averaged 22 points and six assists per game. Advertised in white, red, and brass, this will be a celebration of the original release 25 years ago. 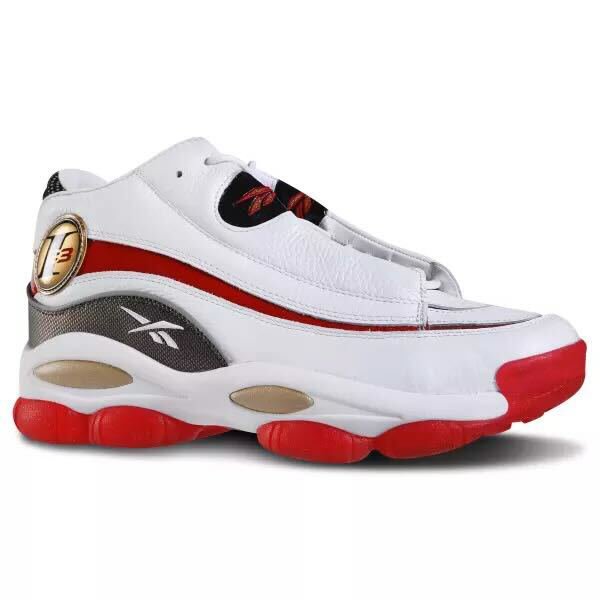 Here is how Hypbeast.com described the sneakers' design.

"Staying tied to the original version of the shoe, it also features a split design over the laces that break up the Reebok Vector. Iverson’s signature “I3" logo is included for the first time too, while the sneaker is also equipped with Reebok’s patented “DMX 10" moving-air technology that is designed to transfer air to adapt with each stride."

Nostalgia enthusiasts and sneaker collectors alike have been waiting for this original sneaker to be re-released in the U.S. after a 2018 Asia release. These Iversons will be sold at select retailers and Reebok.com for $170 beginning at at 10 a.m. on June 29.