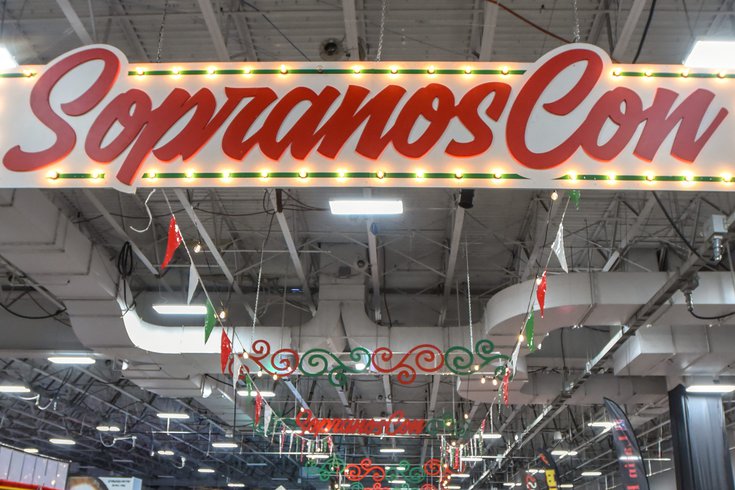 SopranosCon is back in New Jersey this summer under a rebranded event, "MobMovieCon," where fans of The Sopranos and mob movies can gather for special exhibits, food and actor panels.

If you're a fan of The Sopranos, Goodfellas, The Godfather or A Bronx Tale — look no further.

The "Comic-Con" for gangster movies is coming to Atlantic City this July, featuring actors that played some of the most infamous Mafia characters on TV and in film.

The event, MobMovieCon, comes from the creators of SopranosCon, which debuted in 2019, and combines the gangster-themed Mob Movie Awards with a two-day homage to the TV show, just in time for the debut of the premiere of the "Sopranos" prequel movie "The Many Saints of Newark," later this fall.

The Sopranos fan convention in 2019 drew in crowds from as far as The Netherlands and the United Kingdom, NJ.com reported. After 2020's events were canceled, fans are invited back to New Jersey this summer on July 24 and 25 at Harrah's Resort Atlantic City.

Event organizers say they created an interactive, street fair-inspired fan experience with food, music, exhibits, galleries, vehicles and contests. Fans are encouraged to cosplay, or dress as their favorite character.

Some actors from the series and other films are set to attend the convention as well, including Dominic Chianese, who played Uncle Junior on "The Sopranos," Armand Assante of "Gotti," and Paul Sorvino who played Paulie Cicero in "GoodFellas."

And we’re back in session! Join us and @Lorraine_Bracco aka Dr Jennifer Melfi on July 24-25 at @harrahsresort for #sopranoscon + @mobmoviecon_. Tickets available now at the link in our bio. Many more announcements on the way 🚀 pic.twitter.com/QXtnmGt38m

The Mob Movie Awards, which takes place 8 p.m. Saturday, will be hosted by Newark native and rap pioneer Ice-T. Awards include favorite actor playing a mob wife and favorite depiction of a real life gangster in a film or TV series.

The trailer for The Sopranos prequel movie "Many Saints of Newark," dropped a few weeks ago, giving fans their first glimpse at 21-year-old Michael Gandolfini playing his late father's role of Tony Soprano. The movie follows the young Sopranos during the Newark riots of 1967.

The film premieres Oct. 1 on HBO Max and Theaters.