A combined $30,000 in rewards are being offered for information that leads to his arrest and conviction 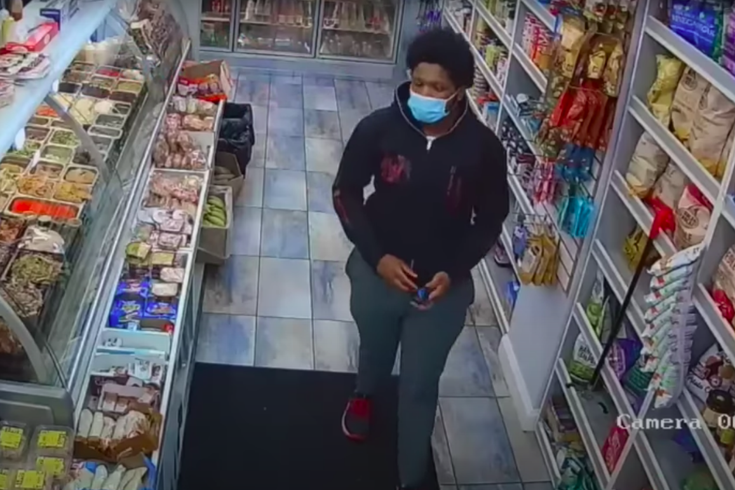 Philadelphia police have released surveillance images of a third suspect wanted in connection to Saturday's mass shooting on South Street. Three people died and 11 were injured.

Investigators believe the suspect may have fired a .40 caliber gun that killed Alexis Quinn, 27, one of two innocent bystanders who died during the incident, FOX29 reports. Kristopher Minners, 22, was the other.

Police are offering a $20,000 reward for information that leads to his arrest and conviction. The Bureau of Alcohol, Tobacco, Firearms and Explosives is offering another $10,000.

Police described the suspect as a tall, heavy-set male in his late teens who was wearing a black hoodie with distinctive markings when the shooting occurred. He is considered armed and dangerous and should not be approached by civilians, police said. Anyone who sees him or has information is asked to call 911 or (215) 686-TIPS.

Investigators said the shooting escalated from a physical altercation between several people.

Micah Townes was walking along South Street near Quran Garner when they encountered three other people, including Gregory "Japan" Jackson" and Rashaan Vereen, police said.

Vereen, 34, allegedly took part in the brawl and took Jackson's gun as he died. He was arrested Monday night by the U.S. Marshals and charged with attempted murder, aggravated assault, reckless endangerment and related offenses.

Garner, 18, believed to be a friend of Townes, allegedly fired toward the brawl, police said. A police officer shot him in the hand, prompting him to drop his weapon and flee. He has been charged with aggravated assault, aggravated assault on law enforcement officers and related offenses.