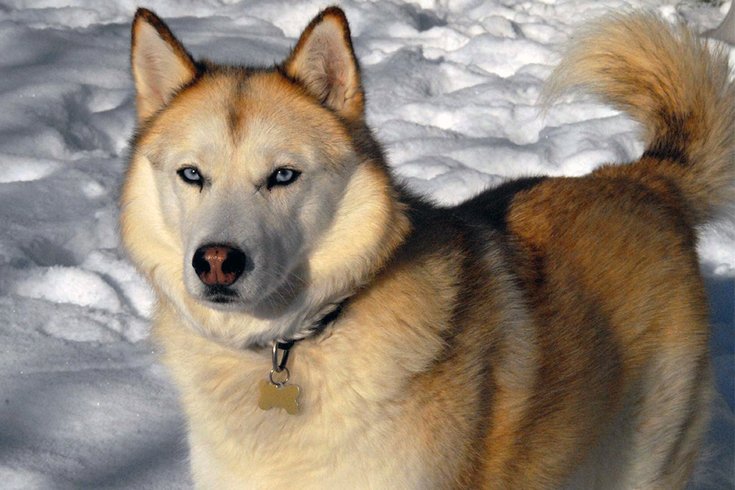 Photo by Sue and Marty; edited by Pharaoh Hound/via Flickr

This "sable"-colored Siberian Husky was not involved in the Lancaster County incident.

Fifteen dogs were rescued from the home of an unlicensed Lancaster County breeder on Thursday after authorities acted on a tip that a female husky had been illegally "debarked."

Officers with the Pennsylvania SPCA visited the Quarryville property and rescued 10 puppies and 5 adults. Three dogs were found to have been debarked, including the husky, officials said.

"Debarking," or devocalization, is a surgical procedure performed on dogs and cats, where tissue is removed from the animal's vocal cords to permanently reduce the volume of its vocalizations. The procedure is prohibited by Pennsylvania law – for any reason – unless the procedure is performed by a licensed veterinarian using anesthesia.

The dogs are now in the custody of the Pennsylvania SPCA. They will be provided medical care and eventual placement in loving homes or partner rescues.

“The manner in which these dogs were devocalized is concerning on many levels, not the least of which is that it is illegal,” said Nicole Wilson, PSPCA director of humane law enforcement, in a statement. “These animals were debarked because it was a nuisance, and the inhumane manner in which the act was carried out can carry a felony charge. We will continue our investigation and press charges to the fullest extent allowed by the law in an effort to ensure this never happens again.”

Charges against the breeder are pending the conclusion of the investigation, PSPCA officials said.