Republican lawmaker won't consent to a vote on stimulus increase 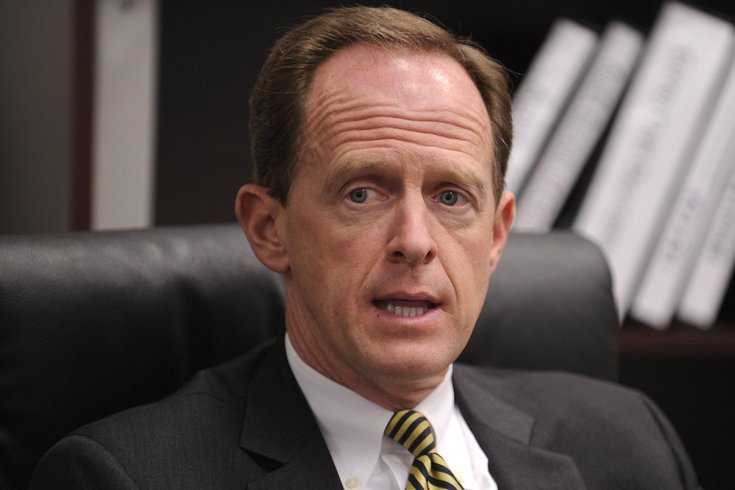 Pennsylvania Sen. Pat Toomey opposes a bill that would increase COVID-19 stimulus checks from $600 to $2,000.

Sen. Pat Toomey opposes a bill that would increase the latest COVID-19 stimulus checks from $600 to $2,000, saying it would require the federal government borrow billions of dollars to benefit people who didn't lose income during the pandemic.

"Congress should continue helping workers who've lost their jobs," the Pennsylvania Republican tweeted Tuesday. "But blindly borrowing more than $600 billion so we can send $2,000 checks to millions of people who haven't lost any income is terrible policy. I won't consent to a vote on that."

President Donald Trump signed the latest relief package Sunday night, but called for lawmakers to increase its $600 stimulus checks to $2,000.

The Democratic-controlled House approved the raise Monday. But Senate Majority Leader Mitch McConnell denied a vote in the Senate on Tuesday, saying the Republican-controlled body would consider it alongside two other issues — election security and legal protections for social media platforms.

Toomey supported the COVID-19 relief bill signed by Trump, saying it is "really, really important." But he told CNN that the large check amount isn't congruent with the current state of the U.S. economy.

"We're in a very different place today than we were back in March," Toomey said Tuesday. "It was a dubious merit back in March, but then at least you could make the case that we actually have no economy. ... Now, we've got a very different situation. The economy grew at 33% last quarter. It makes no sense to be sending this out to everybody who has a pulse."

Toomey also raised concerns that checks would be sent to the wrong people, including the deceased, a problem that occurred during the first round of stimulus checks.

"Oh, by the way, you actually don't need a pulse ... dead people are gonna get the checks too," Toomey said. "I wonder if it's enough stimulus for them, I mean that's how ridiculous this is."

Congress should continue helping workers who've lost their jobs. But blindly borrowing more than $600 billion so we can send $2,000 checks to millions of people who haven't lost any income is terrible policy. I won't consent to a vote on that. https://t.co/hCOlgcFPnq

Despite Toomey's criticism, the check amount is unlikely to be raised anyways.

Many Republican senators have joined Toomey in voicing their opposition to the $2,000 checks, though Sens. Marco Rubio, Lindsey Graham and Josh Hawley have stated their support. It remains unclear when — or if — the bill will receive a vote.

Pennsylvania Sen. Bob Casey, a Democrat, called for McConnell to allow a vote.