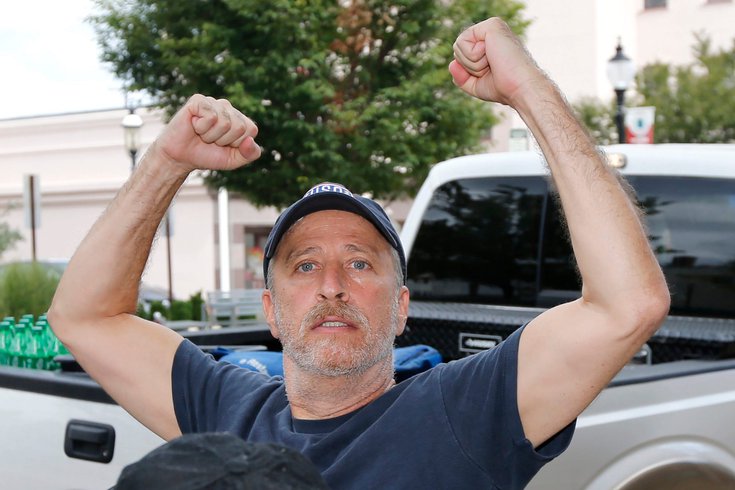 Jon Stewart is among the celebrities who will perform during the 'Parade Across America,' a virtual event celebrating the inauguration of Joe Biden and Kamala Harris.

The "Parade Across America" is scheduled to start at 3:15 p.m., after Biden and Harris are sworn into office. The Inauguration Day event will take place virtually due to COVID-19 capacity limits and security measures enacted in the wake of the U.S. Capitol insurrection.

'DEMOCRACY HAS PREVAILED': The transcript of Joe Biden's inaugural speech

Tickets to the inauguration itself are limited to members of Congress and a plus-one. Typically, Congress members collectively receive about 200,000 tickets to distribute among their constituents.

Comedian Jon Stewart, the R&B band Earth, Wind & Fire, the 90s rock group New Radicals and even a few TikTok stars are among the parade's performers. It also will feature performances by the University of Delaware and Howard University marching bands, who represent Biden's and Harris's alma maters.

Actor Tony Goldwyn, known for his roles in the TV series "Scandal" and the films "Ghost" and "Tarzan," is hosting the parade.

Notably, the New Radicals are reuniting for the first time in 22 years to perform at the event. Harris's husband, Doug Emhoff, used the group's 1998 hit song "You Get What You Give" as his walk-on song during the campaign. The song also was a favorite of Biden's late son Beau, who died of brain cancer in 2015.

"If there’s one thing on Earth that would possibly make us get the band together, if only for a day, it is the hope that our song could be even the tiniest beacon of light in such a dark time," New Radicals frontman Gregg Alexander told Rolling Stone. "America knows in its heart that things will get bright again with a new administration and a real plan for vaccines on the way. That's the message of the song … this world is gonna pull through."

TikTok stars known for their positivity, including Nathan Apodaca and Jason Campbell, also will appear in the parade.

Apodaca, who online goes by the name 420DoggFace208, grew to fame thanks to a video of him skateboarding to the Fleetwood Mac song "Dreams." He now has more than 6 million followers and 80 million likes on the video-sharing app.

Watch one of the video's that launched Apodaca to fame below.

Campbell, nicknamed "The TikTok Doc," is known for capturing footage of himself and his hospital co-workers dancing in videos filmed during the COVID-19 pandemic.

Kenny Ortega, the director and choreographer known for the "High School Musical" films, will lead a segment called "Dance Across America" featuring hundreds of participants from more than 30 states.

Earlier in the day, Jennifer Lopez and Lady Gaga are scheduled to perform at the inauguration ceremony.