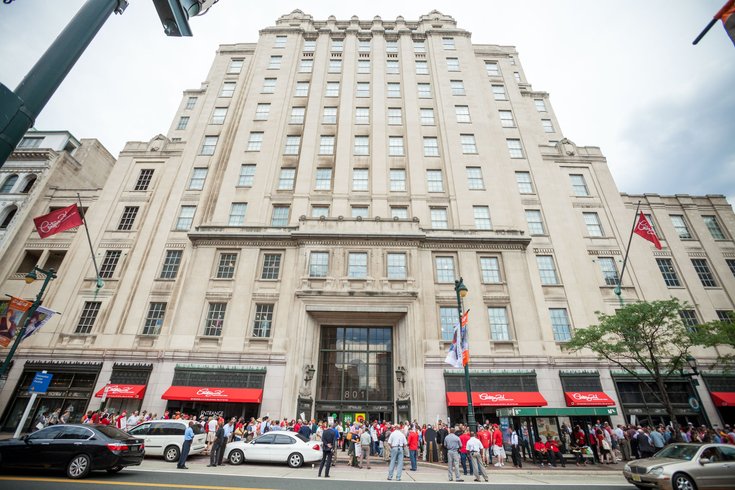 Members of the Newspaper Guild of Greater Philadelphia, which represents newsroom employees of the Inquirer, Daily News and Philly.com, held a rally Thursday as tense contract negotiations continued.

After a marathon 11-hour negotiating session, the union that represents newsroom employees of the Inquirer, Daily News and Philly.com on Friday night announced via Twitter that it had reached a tentative agreement on a two-year contract with the Philadelphia Media Network.

After a number of extensions, the current contract was set to expire at 12:01 on Sunday, and earlier this month, Guild members voted overwhelmingly to authorize a strike if an agreement could not be reached. The company had said repeatedly that a potential strike would not interfere with the production the two newspapers or the website.

On Thursday, the Guild held a rally outside the company's Market Street headquarters.

According to Philly Mag's Joel Mathis, neither side will have a public comment before Monday:

Just talked to @swischnowski. He deferred comment to the guild. Waiting for those folks to emerge.

Guild leadership emerges. They won't talk either. Details of the tentative agreement will be released to members on Monday.