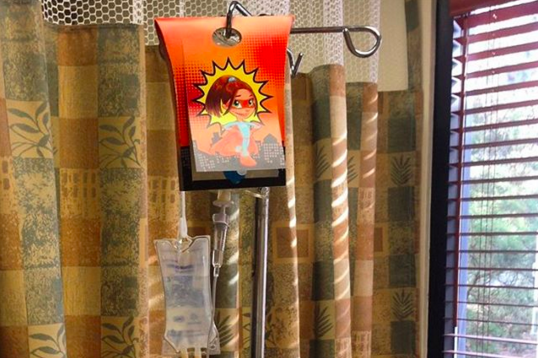 IV Hero aims to make hospitals less scary for kids by transforming the hospital room into an opportunity to get superpowers.

Bobby Lenahan, a junior at Molloy College in Rockville Centre, created the IV Hero to transform the hospital room for kids by making them feel like superheroes, 6ABC reports.

IV Hero is a disposable paper sleeve decorated with superhero-themed characters that hides an IV bag during medical treatments.

"Now with a little help from a child’s imagination, instead of getting scary medicine, they feel like they’re getting superpowers," the IV Hero website says.

According to the website, the product was developed in conjunction with nurses to ensure that they can still do their jobs.

"You introduce these covers, and [children] seem to calm down," Cathy Dunn of Staten Island University Hospital told 6ABC.

Each IV Hero costs less than a dollar to make, 6ABC reports. And, the heroes come in all shapes and sizes.

According to Molloy College, IV Hero will soon be adopted at 21 New York City hospitals.