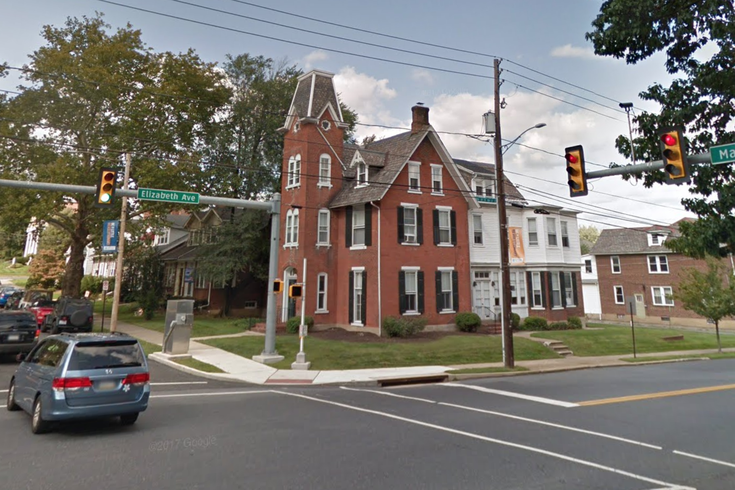 The corner of Main and Elizabeth on Moravian College's campus.

A Moravian College student filed a lawsuit against the school and her attacker alleging the school failed to discipline a resident assistant who said he wouldn't help her after she was raped because it would be "a lot of paperwork to fill out."

The suit, which was filed on Aug. 28 and first reported by the Morning Call on Tuesday, says the rape took place in the plaintiff's first week of attendance at Moravian College in Bethlehem in 2016, a school with an undergraduate enrollment of 2,106 students in 2017. The suit alleges the assault took place in the defendant's dorm, within earshot of a nearby R.A.

When the plaintiff escaped her alleged attacker's room and approached the R.A., he told her he wouldn't help her. The suit contends Moravian failed to discipline the R.A., and allowed him to maintain his position of employment.

The plaintiff in the case is identified as Jane Doe. The defendant is identified by name, but PhillyVoice has declined to include his name because he was not charged.

According to the suit, Doe talked to her own R.A. the next morning, and the R.A. reported the incident to Leah M. Naso Breisch, Moravian's Title IX coordinator and compliance officer. Breisch allegedly did not immediately encourage Doe to file an official report of sexual assault.

Between the meeting with Breisch and a hearing in May 2017, the suit said, the defendant was allowed to attend classes with Doe, and live in the same residence hall. When Breisch was approached with Doe's concerns for her safety due to the continued proximity to the defendant, Breisch suggested Doe could move dorms or change classes rather than the defendant.

The suit says Doe ended up failing two courses because she couldn't stand to sit near her alleged attacker in classrooms.

The suit also alleges that an investigation by Moravian revealed other reported incidents between the defendant and women, but still chose not to remove the defendant from classes or his residence hall.

“The Defendant Moravian by and through the actions of its employee and Resident Assistant, identified above, was deliberately indifferent both during and subsequent to Plaintiff's violent sexual assault," the suit contends.