Study: Making art reduces stress hormones, even if you're lousy 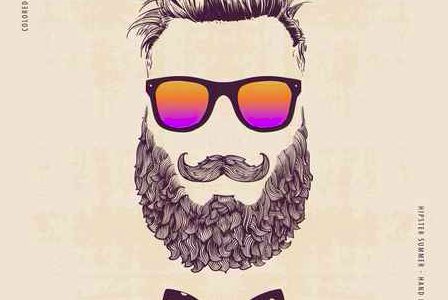 We're all familiar with this mind-splitting feeling:

Many of us have also been charmed by the soothing voice of "Painting With Joy's" Bob Ross, the late landscape master whose exacting detail and shading seemed to belie his demeanor.

What if a little coloring could work more like this?

The findings of a new study out of Drexel University suggest that Ross may have been successful not just because of his talent, but because the act of making art markedly reduces levels of the stress hormone cortisol.

The best part? You really don't have to be the least bit good at it.

Researchers at Drexel's College of Nursing and Health Professions recently published the results of an experiment that included 39 adults ranging in age from 18 to 59 years old. Participants were provided with art supplies including markers and paper, modeling clay and collage materials. They weren't given any instructions and they could choose at will what to do with the supplies. The only monitor present was an art therapist available to offer assistance upon request.

Cortisol, produced by cholesterol in the adrenal glands above each kidney, was measured in each of the study participants before and after the experiment. While the hormone plays a vital role in nutrition, energy regulation and the body's fight-or-flight response, its overproduction can lead to weight gain, immune system suppression and cardiovascular disease.

“It was surprising and it also wasn’t,” said Girija Kaimal, assistant professor of creative arts therapies. “It wasn’t surprising because that’s the core idea in art therapy: everyone is creative and can be expressive in the visual arts when working in a supportive setting. That said, I did expect that perhaps the effects would be stronger for those with prior experience.”

An analysis of cortisol levels by age revealed that younger participants consistently had larger drops in the stress hormone after making art, possibly because they are bombarded with stressors in their academic pursuits, Kaimal said. Those with more experience, he believes, tend to have developed a variety of techniques to manage their symptoms.

Only in about 25 percent of participants did cortisol levels rise during the art session. This wasn't necessarily a bad thing, since cortisol plays an important part in revving us up each morning.

As for discovering talent, or the contrast of art as a profession and art as a hobby, the study evinces a long list of questions for further consideration. Does playing music have the same effect? Do certain styles and themes in artwork, both made and observed, affect our stress levels in the way watching a thriller might?

Ultimately, Kaimal and his team want to expand the study to see whether creative self-expression has positive physiological and mental health effects in a therapeutic setting. While it's an oft-used method with young children, it may offer an effective approach for people of all ages.