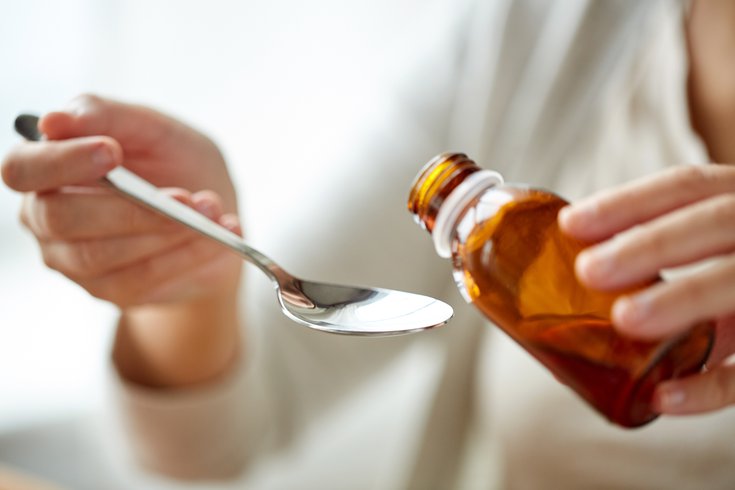 Using antibiotics when they’re not needed is a long-standing problem, and the pandemic 'has thrown a little bit of gas on the fire,' says Dr. Mark Schleiss, a pediatrics professor at the University of Minnesota Medical School.

COLUMBIA, Mo. — A memory haunts Christina Fuhrman: the image of her toddler Pearl lying pale and listless in a hospital bed, tethered to an IV to keep her hydrated as she struggled against a superbug infection.

"She survived by the grace of God," Fuhrman said of the illness that struck her oldest child in this central Missouri city almost five years ago. "She could’ve gone septic fast. Her condition was near critical."

Pearl was fighting Clostridium difficile, or C. diff, a type of antibiotic-resistant bacteria known as a superbug. A growing body of research shows that overuse and misuse of antibiotics in children’s hospitals — which health experts and patients say should know better — helps fuel these dangerous bacteria that attack adults and, increasingly, children. Doctors worry that the COVID-19 pandemic will only lead to more overprescribing.

A study published in the journal Clinical Infectious Diseases in January found that 1 in 4 children given antibiotics in U.S. children’s hospitals are prescribed the drugs inappropriately — the wrong types, or for too long, or when they’re not necessary.

Dr. Jason Newland, a pediatrics professor at Washington University in St. Louis who co-authored the study, said that’s likely an underestimate because the research involved 32 children’s hospitals already working together on proper antibiotic use. Newland said the nation’s 250-plus children’s hospitals need to do better.

Using antibiotics when they’re not needed is a long-standing problem, and the pandemic "has thrown a little bit of gas on the fire," said Dr. Mark Schleiss, a pediatrics professor at the University of Minnesota Medical School.

Although fears of COVID-19 mean fewer parents are taking their children to doctors’ offices and some have skipped routine visits for their kids, children are still getting antibiotics through telemedicine visits that don’t allow for in-person exams. And research shows more than 5,000 children infected with the coronavirus were hospitalized between late May and late September. If symptoms point toward a bacterial infection on top of the coronavirus, Schleiss said, doctors sometimes prescribe antibiotics, which don’t work on viruses, until tests rule out bacteria.

At the same time, Newland said, the demands of caring for COVID-19 patients take time away from what are known as "stewardship" programs aimed at measuring and improving how antibiotics are prescribed. Often such efforts involve continuing education courses for health care professionals on how to use antibiotics safely, but the pandemic has made those more difficult to host.

"There’s no doubt: We’ve seen some extra use of antibiotics," Newland said. "The impact of the pandemic on antibiotic use will be significant."

Antibiotic resistance occurs through random mutation and natural selection. Those bacteria most susceptible to an antibiotic die quickly, but surviving germs can pass on resistant features, then spread. The process is driven by prescribing habits that lead to high levels of antibiotic use.

A March study in the journal Infection Control & Hospital Epidemiology found that the rates of antibiotic use on patients at 51 children’s hospitals ranged from 22% to 52%. Some of those medications treated actual bacterial infections, but others were given in hopes of preventing infections or when doctors didn’t know what was causing a problem.

"I hear a lot about antibiotic use for the 'just in case' scenarios," said Dr. Joshua Watson, director of the antimicrobial stewardship program at Nationwide Children’s Hospital in Ohio. "We underestimate the downsides."

Newland said each specialty in medicine has its own culture around antibiotic use. Many surgeons, for example, routinely use antibiotics to prevent infection after operations.

Outside of hospitals, doctors have long been criticized for prescribing antibiotics too often for ailments such as ear infections, which can sometimes go away on their own or can be caused by viruses that antibiotics won’t counter.

Dr. Shannon Ross, an associate professor of pediatrics and microbiology at the University of Alabama at Birmingham, said not all doctors have been taught how to use antibiotics correctly.

"Many of us don’t realize we're doing it," she said of overuse. "It’s sort of not knowing what you're doing until someone tells you."

All this drives the growth of numerous superbugs in the very population served by these hospitals. Numerous studies, including one published in the Journal of Pediatrics in March, cite the rise among kids of C. diff, which causes gastrointestinal problems. A 2017 study in the Journal of the Pediatric Infectious Diseases Society found that cases of a certain type of multidrug-resistant Enterobacteriaceae rose 700% in American children in just eight years. And a steady stream of research points to the stubborn prevalence in kids of the better-known MRSA, or methicillin-resistant Staphylococcus aureus.

Superbug infections can be extremely difficult — and sometimes impossible — to treat. Doctors often must turn to strong medicines with side effects or give drugs intravenously.

"It’s getting more and more worrisome," Ross said. "We have had patients we have not been able to treat because we’ve had no antibiotics available" that could kill the germs.

Doctors say the world is nearing a "post-antibiotic era," when antibiotics no longer work and common infections can kill.

Superbugs spawned by antibiotic overuse put everyone at risk.

Like her daughter, Fuhrman also suffered through a C. diff infection, getting sick after taking antibiotics following a root canal in 2012. While killing harmful germs, antibiotics can also destroy those that protect against infection. Fuhrman cycled in and out of the hospital for months. When she finally got better, she tried to avoid using antibiotics and never gave them to her daughter.

That’s because antibiotics affect your microbiome by wiping out bad germs and the good germs that protect your body against infections.

Pearl’s first symptoms of C. diff arose about three years later, at around 20 months old. Fuhrman noticed her daughter was having lots of bowel movements. The mom eventually found pus and blood in her daughter’s stools. One day, Pearl was so pale and weak that Fuhrman took her to the emergency room. She was discharged, then spiked a fever and returned to the hospital.

Doctors treated Pearl with Flagyl, a broad-spectrum antibiotic. But two days after the last dose, she went downhill. The infection had returned. She recovered only after going to the Mayo Clinic in Rochester, Minnesota, for a fecal microbiota transplantation, in which she received healthy donor stool from her dad through a colonoscopy.

In March, the Centers for Medicare & Medicaid Services began requiring all hospitals to document that they have antibiotic stewardship programs.

One approach, Schleiss said, is to restrict antibiotics by "saving our most magic bullets for the most desperate situations." Another is to stop antibiotics at, say, 72 hours, after reassessing whether patients need them. Meanwhile, doctors are calling for more research into antibiotic use in children.

Fuhrman said hospitals must do all they can to stop superbug infections. The stakes are enormous, she said, pointing toward Pearl, now a 7-year-old first grader who likes to wear a pink hair bow and paint her tiny fingernails a rainbow of pastel colors.

"Antibiotics are great, but they have to be used wisely," Fuhrman said. "The problem of superbugs is here. It’s in our backyard now, and it’s just getting worse."