Wasp venom may help solve the problem of drug-resistant infections 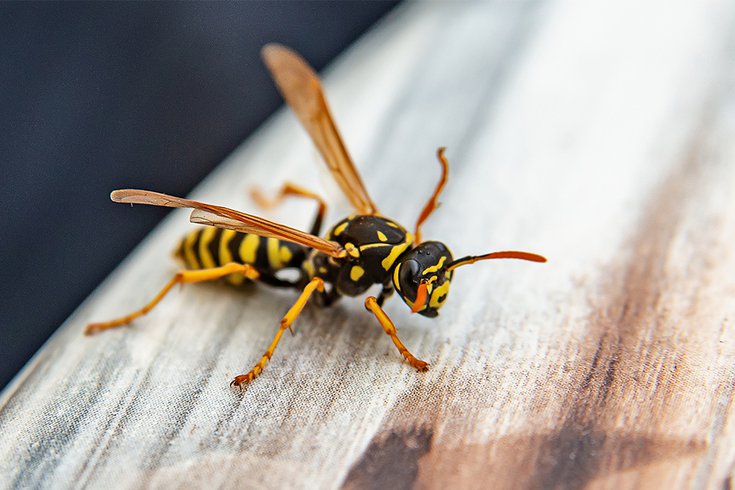 Venom from the Korean yellow-jacket wasp, Vespula lewisii, could be a key tool in developing new antibiotics as an alternative to treatments that have become drug resistant, according to new research out of Penn Medicine.

In a quest to find new drugs that can combat antibiotic-resistent bacteria, scientists at Penn Medicine have turned to the venom of a wasp species.

The U.S. Centers for Disease Control & Prevention estimates that nearly 3 million Americans are infected annually with antibiotic-resistant microbes. More than 35,000 of these cases result in death, often from the inflammatory snydrome sepsis or tuberculosis. Multidrug-resistant pathogens are of particular concern.

A study published this week in The Proceedings of the National Academy of Sciences details how the Penn researchers modified the venom of the Korean yellow-jacket wasp, a common species in Asia, to enhance its ability to kill bacterial cells.

"New antibiotics are urgently needed to treat the ever-increasing number of drug-resistant infections, and venoms are an untapped source of novel potential drugs," said study senior author César de la Fuente, an assistant professor in psychiatry, microbiology and bioengineering at Penn. "We think that venom-derived molecules such as the ones we engineered in this study are going to be a valuable source of new antibiotics."

The researchers focused on developing a method to increase the venom's bacteria-killing ability while limiting its toxicity to red blood cells, which causes the inflammatory and allergic response that can lead to anaphylaxis.

The study targeted a small protein in the wasp venom called mastoparan-L, which is highly toxic but usually not dangerous to humans in the quantities delivered by stings. The protein also is considered moderately toxic to bacteria.

To enhance this antibacterial effect, researchers searched a database of known antimicrobial peptides. The so-called pentapeptide motif, which is associated with strong activity against bacteria, was then used to replace a section of mastoparan-L that is believed to be most toxic to human cells.

A series of experiments were done to treat mice with sepsis-inducing strains of E. coli or Staphylococcus aureus. The infections would normally kill the mice, but with the modified treatment, about 80% of the mice survived.

By comparison, mice had much more severe reactions and a lower survival rate when treated with mastoparan-L that didn't contain the antimicrobial pentapeptide motif.

The researchers compared the potency of the modified treatment to existing antibiotics such as gentamicin and imipenem, which have become less effective in recent years due to resistant bacterial strains.

The researchers created several venom-based variants of their antimicrobial treatment that showed enhanced potency without toxicity to human cells.

In the future, the researchers hope to use these and other venom toxins to develop promising antibiotic candidates.

"The principles and approaches we used in this study can be applied more broadly to better understand the antimicrobial and immune-modulating properties of peptide molecules, and to harness that understanding to make valuable new treatments," de la Fuente said.