How to survive: Hurricanes and other storms 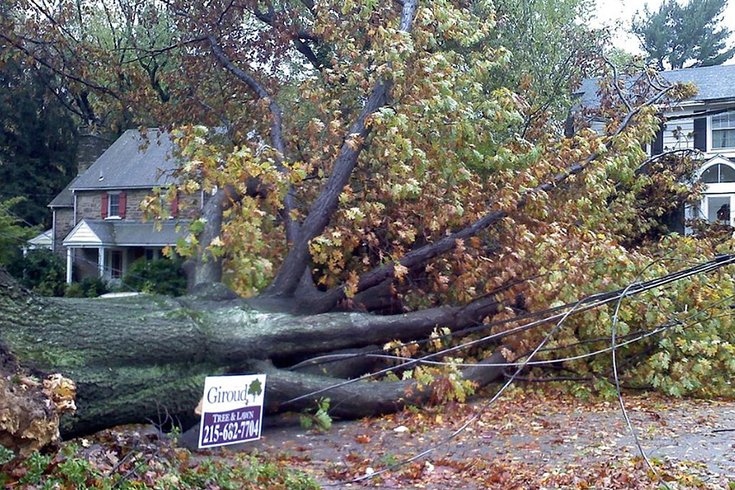 A huge tree rests on the ground in the Wyncote section of Cheltenham Township after falling during Hurricane Sandy in October 2012. Tropical storm winds can pack a punch, even miles inland from the coast.

Hurricane season generally peaks between August and October each year, though the season officially runs from June through November.

These storms with their 74-mile-per-hour or greater winds rarely hit the Mid-Atlantic region directly, and when they do, they've often been downgraded to a tropical storm.

But not always. In 2012, the season's deadliest and most destructive hurricane made landfall at the Jersey Shore as a Category One storm on October 29. Hurricane Sandy (aka Superstorm Sandy) inflicted nearly $70 billion in damage, nearly all of that in the United States. New Jersey took an especially severe blow from the storm, but its effects were felt in the Philadelphia and its suburbs, too.

But tropical cyclones of lesser intensity (and even nor'easters) still wreak havoc across the Philadelphia region but particularly along the Jersey Shore. Heavy rains can produce flash floods. High winds can bring trees and power lines crashing down.

With the hurricane season set to kick off on June 1, here's what you can do to prepare yourself for such storms:

• Have an emergency plan in place prior to the storm. Make sure your home and car are stocked with emergency supplies. Gather clean containers to hold water and purchase iodine tablets to ensure drinking water is safe. Gather personal care products and safety items like flashlights, battery-powered radio and a fire extinguisher.

• Prepare your home for the storm. To protect windows, nail plywood to window frames. Turn your refrigerator and freezer to the lowest setting, allowing food to stay fresh longer if the power goes out.

• Clear your yard of any objects that could be blown about by the storm, including bikes, grills and propane tanks.

IF YOU PLAN TO SHELTER IN PLACE:

• Have a three-day supply of non-perishable food and water. Stay inside until official word is given that the storm has passed. Sometimes weather gets calm in the middle of the storm. Look for updates to the storm's status.

• Stay away from windows, which could be break during the storm. Flying debris is the most common cause of injury during a hurricane. Winds blow debris at high speeds.

• If a tree falls during a storm and poses a safety threat, call 911. Otherwise, dial 311. The Philadelphia Parks and Recreation will send a crew of arborists to remove the hazard and any portion of the tree that poses an immediate safety risk. Other parts will be removed later so that crews can focus on other dangerous fallen trees.

• Be aware of downed wires. Assume every wire is live. Call PECO's emergency line at 800-841-4141 if a tree has fallen on electrical wires.

• Prepare to evacuate, if necessary. 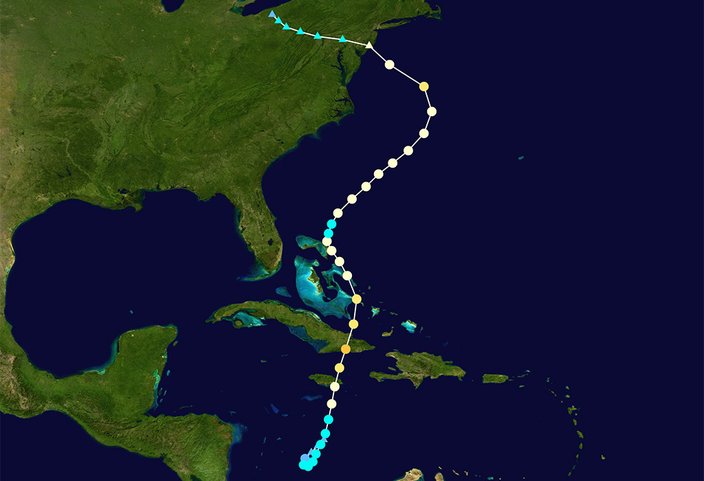 This map shows the path of Hurricane Sandy in October 2012, including its left hook into the Jersey Shore. Hurricanes rarely make landfall on the Mid-Atlantic seaboard, but Sandy was a reminder it can happen. Tropical storms are more common and can be nearly as destructive.

IF YOU NEED TO EVACUATE:

• Only take essentials with you – cell phone, charger, medicines, identification and cash.

• If you have time, unplug your appliances and turn off your gas, electricity and water.

• Follow roads recommended by emergency workers – even if there is considerable traffic. Other routes might be blocked. Avoid flooded areas.