Tamagotchis, the VR pets of the 90s, are coming back for some reason

You can buy Gen 1 and Gen 2 games at Target, Amazon 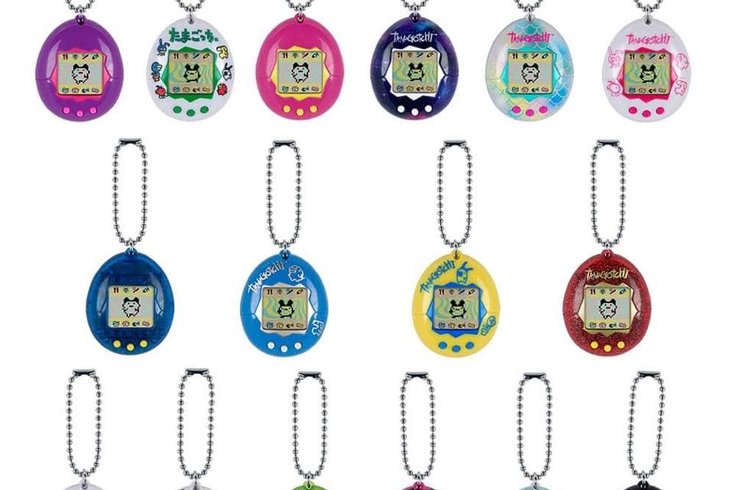 It's the return of Tamagotchi, the virtual reality pets that originally debuted in 1997.

Now you have the perfect activity to do while wearing your '90s-inspired dELiA*s revival wear, as Tamagotchi has returned from the dead 1997 to serve a new generation of virtual reality pet owners.

The virtual pets made a brief reprise in 2017 in limited quantities, but this year the pets are fully stocked at Target, Walmart, Amazon, and other retailers. The collection offers 16 varieties, including Gen 1 and Gen 2 options. Colorful leopard, galaxy, striped tiger, red glitter, mermaid ... they're all there.

In case you need a refresher, Tamagotchi enlists players to monitor their "pet" when it comes to hunger, discipline, and overall happiness, like Sims but in an aggressively 2D format.

The new release also returns to the physical design of the original Tamagotchis that were introduced in 1997, rather than the smaller form that was offered last year for the 20th anniversary.

Gen 1 devices include a game where "pet owners" try to guess in which direction the Tamagotchi will move. Gen 2 Tamagotchis are programmed with a number game. Thrilling stuff for members of Generation Z, surely.

If that's not enough Clinton-era nostalgia for you, there are rumors of an upcoming Tamagotchi-Pokémon collaboration as well. Leeks earlier this month show images of an Eevee VR pocket pet.

Check out the full offerings here.