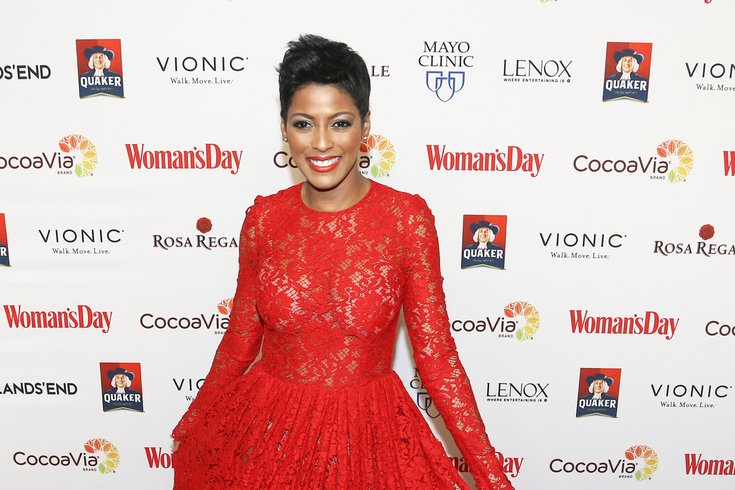 Tamron Hall, shown here in 2017, gave birth to her son Moses at 48 after a pregnancy she kept largely under wraps because she was worried about losing the baby.

Former "Today" show host Tamron Hall, who graduated from Temple University in 1992, sat down with People magazine for a new interview about having a child at 48 years old.

Hall gave birth to her son, Moses, on April 24, a joy in and of itself to Hall and her husband. But her path to that moment lasted much longer than she once imagined, and occasionally she found herself wondering what she was doing wrong, according to People.

In her 30s, Hall said, she tried fertility treatments, ultimately to no avail. But at the time, Hall said she felt like she still had time on her side.

When she re-entered a fertility clinic in her 40s, Hall said the room she walked into felt sad rather than empowering.

Hall said she knew her pregnancy was high-risk, a combination of her age and “other medical factors” in her life, so she chose to keep the news to herself until the 32nd week of her pregnancy.

According to the Mayo Clinic, women who become pregnant when they’re 45 years old have an 80% chance of having a miscarriage, compared to a 20% chance at age 35. Overall, the Mayo Clinic says somewhere between 10% and 20% of all known pregnancies end in miscarriage.

The Mayo Clinic also says the likelihood of a woman being able to become pregnant at all decreases sharply after she turns 37 years old.

"I was terrified I would lose this baby," Hall told People, "and I would have to go back and tell everyone that now it was bad news, and after this pregnancy had gone so far."

Instead, when Hall welcomed Moses into the world, she said a doctor gave her a sage bit of advice.

"He said, 'Stop worrying about all this,'" Hall said. "'Enjoy him.' That was the single best advice."

It’s shaping up to be a gigantic 2019 for Hall: she's also set to return to a consistent daytime television gig this fall, when her own syndicated talk show debuts with Disney ABC.