The Berks County native also breaks the record for most albums to debut at No. 1 by a female artist 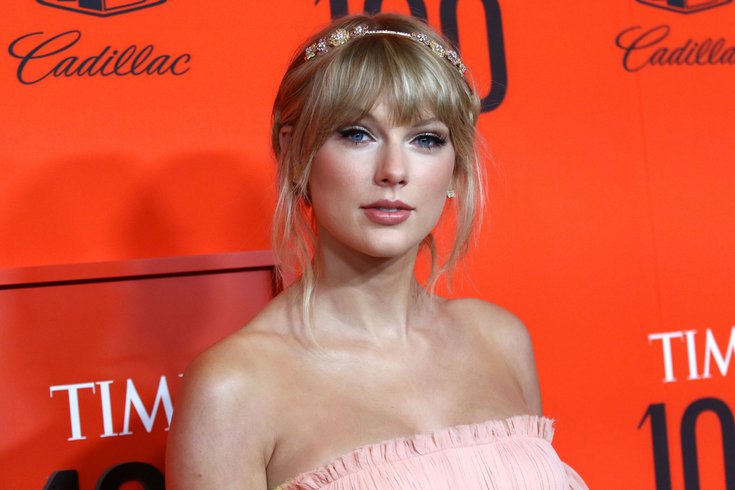 Taylor Swift's eighth studio album 'Folklore' topped the Billboard 200 in its first week, giving the Berks County native her seventh album to debut at No. 1 on the chart. The singer now holds the record for most debuts at No. 1 by a female artist.

Taylor Swift is breaking records with her surprise album "Folklore."

Her eighth studio album topped the Billboard 200 in its first week, making it seventh album to debut at No. 1 for the Berks County native. The "Folklore" sold 846,000 units in the U.S., marking the best single-week of sales for any album since Swift's 2019 release of "Lover."

The singer now holds the record for most albums debuting at No. 1 by a female artist. Beyoncé, Lady Gaga, Madonna and Britney Spears are tied for second, each with six albums reaching No. 1 in their first weeks. Jay-Z – with 14 – has had the most albums debut at the top of the charts of any artist.

"Folklore" also received 289.85 million streams in its first week — the most of any female artist and non-rap artist in 2020. The only two albums to top Swift's first week record is Juice WRLD's posthumous album "Legends Never Die" and Philly rapper Lil Uzi Vert's "Eternal Atake" with 422.63 million and 400.42 million, respectively.

Swift released "Folklore" with less than 24 hours' notice Friday to wide critical acclaim. The album features collaborations with indie darlings Bon Iver and Aaron Dessner of The National, who co-wrote or produced 11 tracks on the album. It was so secretive that even Swift's record label didn't know about the album until hours before it dropped, Dessner said in an interview with Pitchfork.