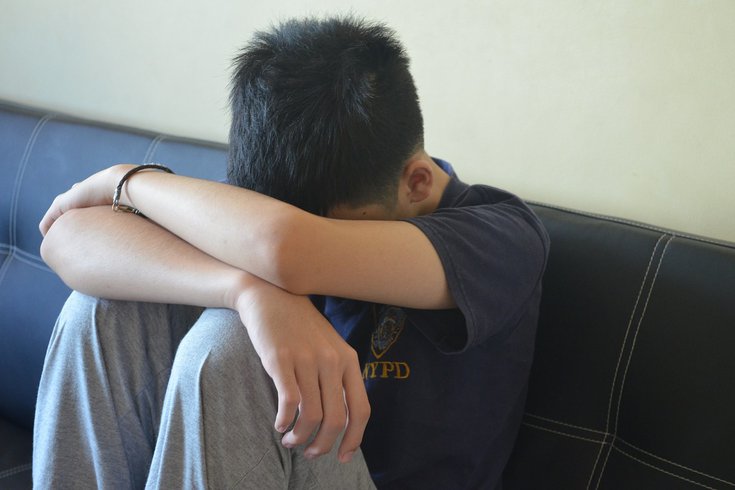 A new study suggests that making small improvements to the mental health of all young people will do more to save lives than just focusing on those considered at highest risk of suicide.

Most teenagers who self-harm or experience suicidal thoughts only exhibit mild or moderate mental distress, according to a study conducted by researchers at the University of Cambridge.

Their findings suggest the best strategy to reduce suicide risk among teens and young adults is to focus on the emotional wellbeing of all of them – not just those who appear the most distressed, depressed or anxious.

Stressful times, like the shutdowns that resulted from the current coronavirus pandemic, can put more young people at greater risk for suicide. That includes those without symptoms consistent with a diagnosable disorder.

"It appears that self-harm and suicidal thinking among young people dramatically increases well within the normal or non-clinical range of mental distress," senior author Peter Jones, of Cambridge's Department of Psychiatry, said in a statement.

"These findings show that public policy strategies to reduce suicide should support better mental health for all young people, not only those who are most unwell," Jones said. "Even modest improvements in mental health and wellbeing across the entire population may prevent more suicides than targeting those who are severely depressed or anxious."

Previous studies have suggested that a broad range of mental health problems like depression anxiety, and low self-esteem can be measured together as levels of common mental distress.

In the latest study, Cambridge researchers used a series of questionnaires to analyze common mental distress in two large groups of young people between the ages of 14 and 24. They also collected self-reported data on suicidal thinking and non-suicidal self-injury, both predictive markers for increased risk of suicide.

The young people with severe mental distress had the highest risk of suicide – as expected. But most participants experienced suicidal thoughts or self-harming.

"Our findings help explain why research focusing on high-risk subjects has yet to translate into useful clinical tools for predicting suicide risk," Jones said. "Self-harm and suicidal thoughts merit a swift response even if they occur without further evidence of a psychiatric disorder."

Researchers said their findings are evidence that mental health could be viewed as a "prevention paradox," like diabetes and heart disease, where small improvements in the risks of the overall population do more to save lives than just focusing on those considered at most risk.

The young people involved in the study either lived in London or Cambridgeshire. The first study group included 2,403 participants. The second had 1,074 young people.

Researchers from the University College London also collaborated on the study, which was published in BMJ Open.

In the U.S., mental health experts are concerned about the mental health impacts of the various stay-at-home orders adopted amid the COVID-19 crisis. In Philadelphia, mental health services remain open and most therapists across the region are doing telehealth consults.