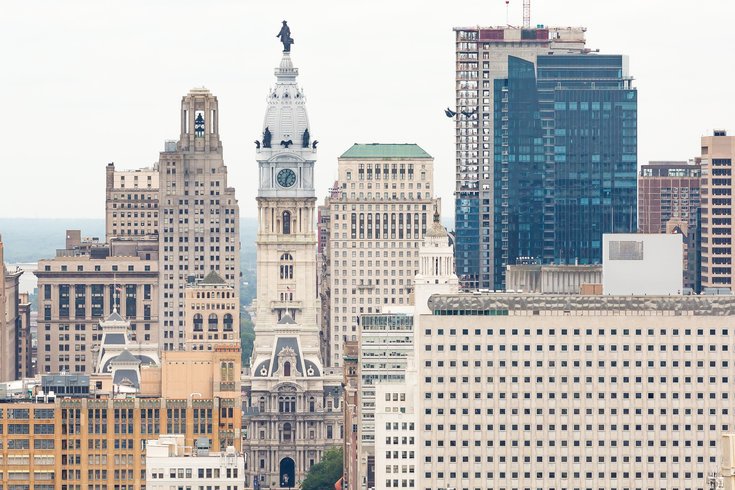 The city is still well above Pennsylvania's benchmark to enter the yellow phase of the state's reopening plan, but there are encouraging signs that Philly soon may approach that level.

"I think we're somewhere around 200 (cases) per 100,000 residents, and the governor's threshold is 50," Farley said. "So that's a ways above that. On the other hand, we are dropping fairly rapidly."

That threshold is a cumulative total witnessed over a 14-day span.

Philadelphia hospitals are treating 619 patients for COVID-19. Hospitals across Southeastern Pennsylvania are treating 1,224 COVID-19 patients, well below where the region stood just three weeks ago.

Still, Farley suspects the city's confirmed cases only account for a small portion of the people who actually have had COVID-19. Many people may have had the infection while asymptomatic or during a period when testing remained limited to those at the highest risk of serious illness.

"We know that many people have this infection and don't have any symptoms at all," Farley said. "We would not have been testing those people in general. Other people have mild symptoms, or earlier on couldn't be tested at all. That 20,000 is clearly just a fraction of the total number of people who got the infection. I don't know whether it's a third or a fifth. It easily could be a fifth. It could be that 100,000 people or more in the city actually have the infection."

In recent weeks, Philadelphia expanded its testing criteria to include people of all ages who experience symptoms that are associated with COVID-19. The city continues to test about 1,500 people per day, but hopes to expand capacity to 5,000 to 10,000 tests per day.

There remains a shortage to testing supplies, but Farley said demand for testing has begun to fall.

Under these circumstances, Philadelphia's Department of Prisons announced it will begin testing all inmates for COVID-19, including those in the city's Juvenile Justice Services Center. The city's prison system has seen a steady decline in new cases as efforts are taken to isolate people who test positive.

Farley said testing all inmates in the prison system could produce a number of different outcomes.

"We may find that none of them are positive, in which case we wouldn't do anything different," Farley said. "We may find someone who's testing positive who had the infection in the past. We know that the test can stay positive for a long time, even after you recover and you're not infectious. I think we're going to learn with this. It's an opportunity to see if we are missing a substantial number of cases that should be isolated."

Ultimately, the relative success in reducing cases at prisons is more about following protocols than testing, Farley said.

"It's not the test itself that prevents the spread of the virus," Farley said. "The virus doesn't care if you know where it is. It's only if that testing provides you information that can change your actions."

Despite widespread concern about city residents who are not following social distancing guidelines, Farley said it's clear most Philadelphians are doing the right thing.

"Most people in Philadelphia are following our recommendations," Farley said. "The success we're seeing as far as the case counts going down every day is a sign that it's working. People in Philadelphia are clearly being responsible. It shows that we can change how we behave every day. As we approach the next phase of this — the yellow phase — we're going to have to go through another change in our behavior."