There’s an indoor farm growing from 2,000 solar panels on a South Philly roof 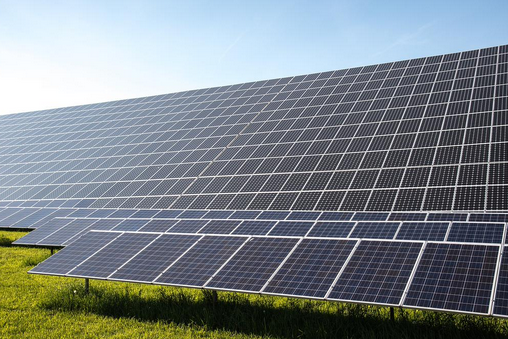 Not far from the South Philly Target, more than 2,000 solar panels cover about 100,000 square feet of roof – creating the only solar-powered indoor farm the world has ever known.

The farm is the product of Metropolis Farms, a technology company that specializes in creating both indoor and outdoor vertical farming systems. The idea is to give farmers the chance to grow produce year-round, regardless of weather, while also making the technology affordable for any community.

According to a post on the company’s blog, the roof’s solar panels will capture enough sunlight to supply more than half a megawatt of energy, allowing the indoor vertical farm just below on the fourth floor to grow what’s equivalent to 660 acres’ worth of crops.

“Before starting this project, the fourth floor of this building was only growing pigeons,” the company’s blog post reads.

“But now, using our innovative technology that can uniquely grow everything, this solar-powered indoor farm will be growing fresh tomatoes, strawberries, lettuce, herbs, broccoli, and other crops for local Philadelphians.”

Metropolis Farms says there are currently about eight acres of urban farmland in Philadelphia, and that's not unique to many other large cities. If more cities have the opportunity to farm locally, the company posits, it will improve the quality of food across all communities, offer fresher meals and help boost local economies.

Metropolis Farms President Jack Griffin is an ex-banker originally from Philly who launched the company early last year, seeing the project as a method of civic engagement for the city.

“Instead of being a customer, we have to become our own supplier,” Griffin told the Philadelphia Citizen in 2016. “That way, we can keep our money moving within our own city.”

In less than two weeks, Philly will host its first-ever Indoor Ag-Con on Oct. 16, a daylong event scheduled to be held at the Pennsylvania Academy of the Fine Arts that will feature presentations from various indoor agricultural professionals, including Griffin.