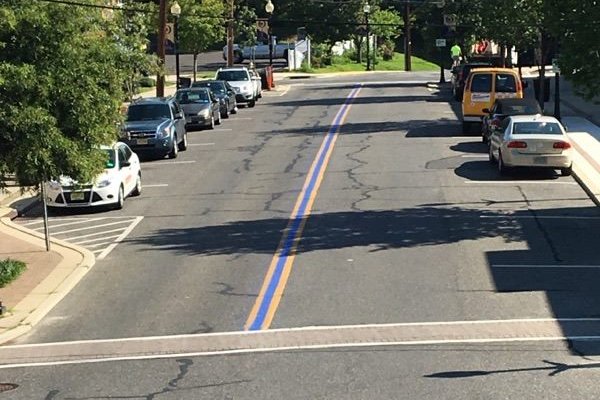 One New Jersey borough found a simple way to show support for its law enforcement officers.

The symbol is commonly used to display support for law enforcement and honor fallen officers.

The Department of Public Works, which is headed by Rick Hawco, painted the line between the double yellow lines in the middle of the five-block road that runs from the White Horse Pike to Kendall Boulevard.

The police department said officers were "humbled by this act and wish to express our gratitude to Mr. Hawco, the DPW crew and the entire Borough of Oaklyn."