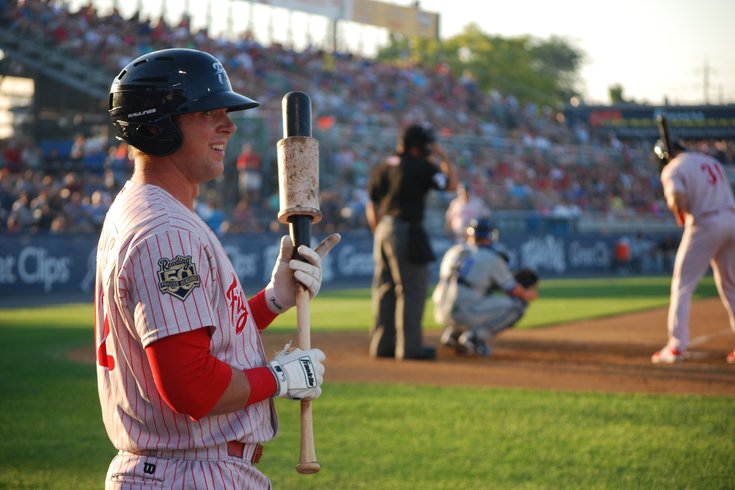 Hoskins and Cozens, who hit a combined 78 home runs this season at Double-A Reading, are the third set of position players to win the annual award, which was instituted 30 years ago to honor the top player and pitcher in the Phillies minor league system. The last position player tandem to take the Owens Award was Jeff Key and Jimmy Rollins in 1997.

Hoskins, 23, hit .281 with a .943 OPS, 38 home runs, and 116 RBI in 135 games. Hoskins, a former fifth-round pick out of Cal-State Sacramento who was profiled in a PhillyVoice Q&A this summer, had three multi-home run games at Reading this season.

Cozens put together what was just the 22nd 40-home run season in minor league baseball since 1980 and, as the owner of the most home runs in all of the minor leagues, will be awarded with the Joe Bauman Home Run Award at the Winter Meetings … an award that comes with a nice cash prize.

“The hardest thing to develop is power and the hardest thing to find is a run-producing bat. We feel like both of these guys are going to be that,” said Phillies director of player development Joe Jordan said in a press release. “It has been a fantastic experience to watch them, and the reward was seeing them develop as players. We couldn’t have drawn it up any better. I think both of them should be a bright part of our future.” 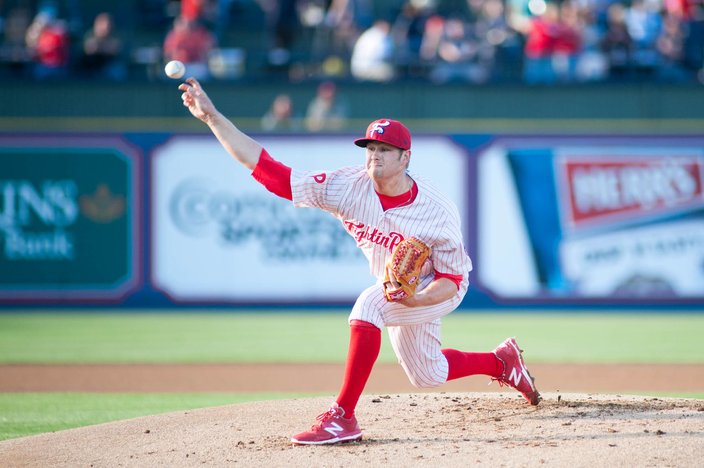 Lively, the latest pitching prospect acquired in a trade to pitch his way onto the big league radar, won the 2016 Owens award as the organization’s top minor league pitcher. The 24-year-old Lively went 18-5 with a 2.69 ERA in 28 starts between Triple-A Lehigh Valley and Double-A Reading … and that doesn’t include his masterful performance in Game 1 of Governor’s Cup semifinals on Wednesday, the first playoff game for Lehigh Valley IronPigs in five years.

“Ben opened himself up in spring training and said, ‘I’ve got to do what I can to get better,’ and he has taken a huge step forward,” Jordan said. “His delivery is sound and he is a big, strong guy that lives at the bottom of the strike zone. We saw this summer what he has a chance to be.”

The Phillies minor league system as a whole had quite a 2016 season. Here are some notes from the team’s crack media relations staff:

• The Phillies had four minor league affiliates qualify for the playoffs, the most in one year since MiLB’s records began tracking all teams’ postseason appearances in 2005.

• The Phillies’ six domestic minor league teams combined to post a 3.34 ERA and a .262 team batting average in the regular season. Every team had an ERA of 3.85 or lower, and four of the six hit better than .260.