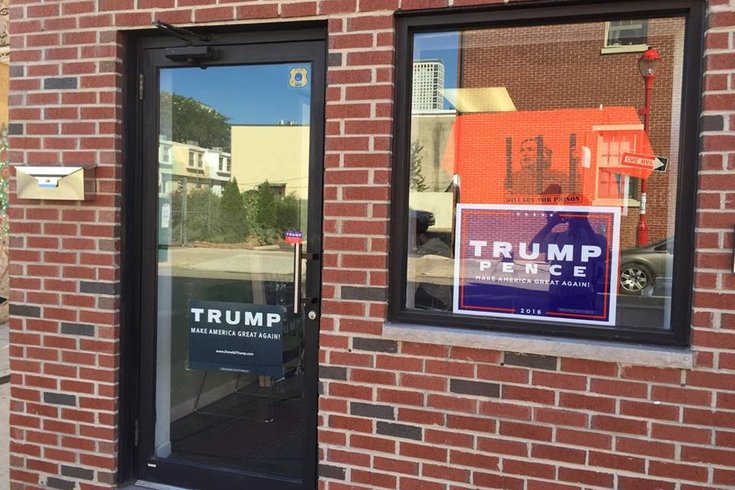 As a resident of South Street, I'm used to some unusual neighbors: Sex shops, hookah lounges and some of Philly's more eccentric street performers are the usual fare. Maybe Donald Trump moving in should be no surprise.

As PhillyMag first reported, the Republican presidential candidate has opened a campaign office on South Street between Eighth and Ninth streets. Freelance photographer Yossi Itzinger was the only one inside Thursday afternoon. He said he had been hired by the campaign to take pictures of supporters stopping by the office.

On the window of the office near Schell Street is a Trump/Pence sign as well as a "Hillary for prison" T-shirt that shows Trump's Democratic rival behind bars. 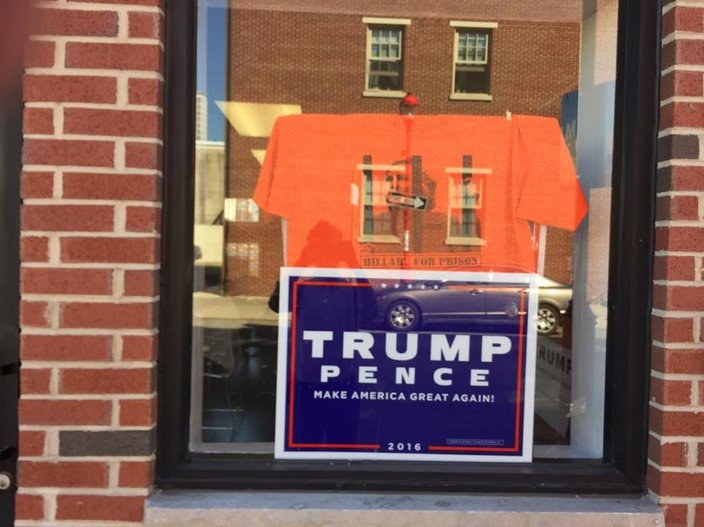 In the Philly region, Trump has spent most of his time campaigning in the suburbs — places he likely needs to carry if he has a shot of taking Pennsylvania in November, especially considering the Democratic stronghold in the Philly proper.


But South Philly — at least parts of it – loves Trump. An Inquirer story in July noted an unusually high cluster of registered Republicans in a pocket of South Philly, some of whom expressed their fervent support of Trump to the newspaper.

And, of course, Trump did the most South Philly thing a presidential candidate can do Thursday by ordering a cheesesteak — chowing down at a spot that was all too fitting for him.