Half of the proceeds will flow to community nonprofits 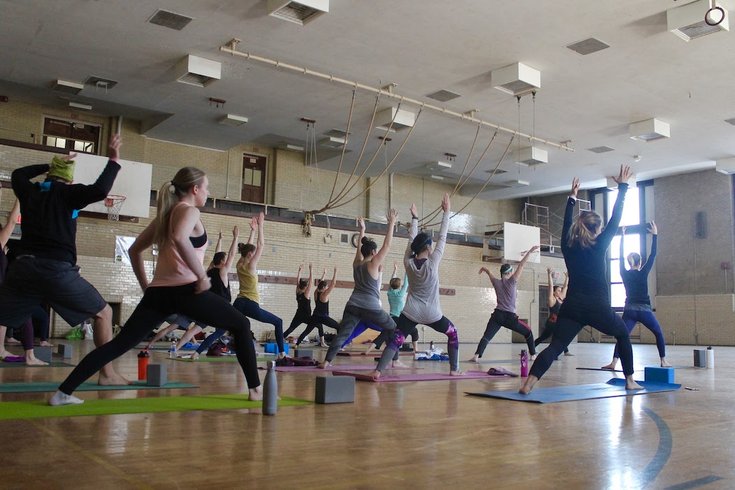 Indoor yoga at BOK is just as fun as rooftop yoga.

As the days get darker and shorter, many of us yearn for the days of outdoor workouts filled with sunshine, rooftops and all that good stuff.

Bringing a seasonally appropriate take to beloved rooftop yoga, Katie Gould will host a Twilight Yoga Series in BOK Building on two Tuesday evenings a month in November and December. The best part? Each class benefits a different local non-profit.

Class begins at 6:30 p.m. in the girls gym at BOK and will feature a strong and thoughtful flow led by some of Philadelphia’s most experienced and sought-after yoga teachers, including Mariel Freeman of Three Queens Yoga, Colleen Kropp of Philly Power Yoga and Palo Santo, Katie Gould and Justicia Declue.

RELATED READ: Meditation might be the key to keeping your workout motivation all year-round

The first class of this series will take place on Tuesday, November 13, and 50 percent of the proceeds will benefit local charities including The Rail Park, Girls in Motion, Women’s Med Fund and The Steppingstone Foundation.

The classes will run you $12 a pop and you can reserve your spot here.

It’s also worth noting that yogis can score 10 percent off their meal and drinks at BOK’s new restaurant, Irwins, after class.

BOK Building is at 1901 South 9th Street in South Philly.