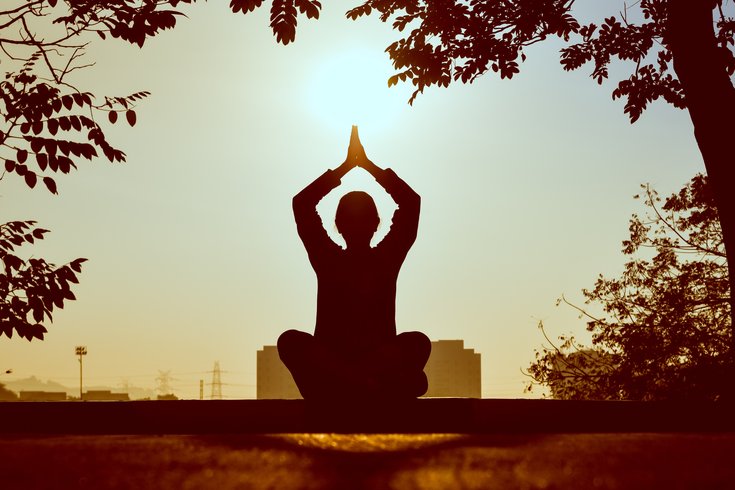 Finding the motivation to do, well, anything when it’s cold and dark out is a challenging feat, making coming around to the idea of a workout nearly impossible. But a new study suggests there are techniques you can take up to ensure your dedication to fitness — like meditation — no matter the season.

According to the New York Times, a study released earlier this year that, on average, people move 11 minutes less daily in winter than they do in summer, and if someone is only active for about 30 minutes a couple times a week, this is a substantial decline.

There’s not much research on how to combat this season-driven exercise decline, which isn't helping to fight the obesity epidemic here in the United States.

That said, a new study out of Iowa State University that endeavored to experiment ways to keep people motivated to workout as a harsh midwestern winter approaches.

RELATED READ: This gadget will help you become a calm and centered meditation pro

According to the Times, researchers gathered 49 men and women who were healthy, but inactive, and had never meditated before and began by tracking their activity for one week. Participants were then randomly assigned to start exercising, meditating or, for the control group, to continue with their inactive lives. This examination lasted for two months, September through early November.

After reviewing the data, researchers found that the meditation and exercise groups began moving slightly less as it got colder, on average about six minutes less than they had in warmer months, while the control group was found to move a whopping 18 minutes less than they had during summer, the Times reports. That’s seven minutes more than what the previous study suggested!

Learn more about the study from the New York Times here.

And, as you begin to feel your exercise motivation waning this season, you might want to pick up your meditation pillow or download a guided meditation app to your phone.