One baby died of drug intoxication; the other died of trauma 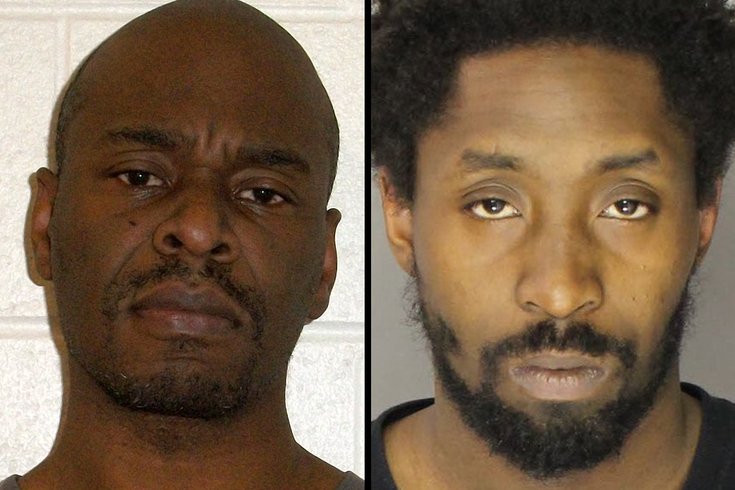 Two men have been charged with murder in separate child death cases. Jamal Bailey, left, is alleged to have administered an anti-psychotic medicine to his 10-month-old daughter, causing her death. William Gardner, right, allegedly caused the head trauma death of his four-month-old son.

Jamal Bailey, 41, of Downingtown, was charged for allegedly administering an anti-psychotic medication to his 10-month-old daughter, Lynail Bailey, causing her death.

William Gardner, 27, of Coatesville, was charged with third-degree murder in the death of his four-month-old son, Ayden Gardner, who suffered more than 15 rib fractures, eye damage and brain injuries, authorities said.

"Due to their age, the children could not have verbally reported the abuse to other family members," Hogan said in a statement. "Now the children are dead. They will never be able to tell their stories. Instead, we will be relying on medical experts to explain what happened to these infants."

Bailey allegedly administered Seroquel to his daughter for at least 30 days prior to her death, according to investigators. He also allegedly wiped information from his phone directly after her death.

Downingtown police found the little girl unresponsive, with green mucus coming from her mouth and nose, when they arrived at Bailey's house following a 911 call.

An autopsy revealed the girl had died from quetiapine intoxication.

Bailey, who had a prescription for Seroquel to treat his bipolar diagnosis, told police that the drug made him sleepy, according to investigators. He also said his daughter was not a good sleeper. But he denied giving Seroquel to the baby.

Bailey told investigators that the infant may have opened the pill bottle from her crib, according to investigators. He also suggested he may have inadvertently mixed the drug with her formula, but also claimed the pills were spilled throughout his home.

A hair sample recovered by a county detective revealed the baby had been ingesting Seroquel for 30 to 45 days prior to her death, Hogan said.

Gardner allegedly abused his son "severely and consistently" while serving as his primary caretaker for more than three months, according to investigators.

When Brandywine Township police responded to a 911 call on Dec. 7, 2016, they found the boy lying on a sofa, his body blue and cold to the touch. He was pronounced dead after being transported a nearby hospital.

The baby suffered more than 15 rib fractures, which medical findings determined occurred within days of being born and continued beyond the three-month mark.

Witnesses told police that Gardner called them on the date of the baby's death, saying something was wrong. But he did not call 911.

Gardner denied any accidental falls or injuries, saying he was always home with the child, according to investigators.