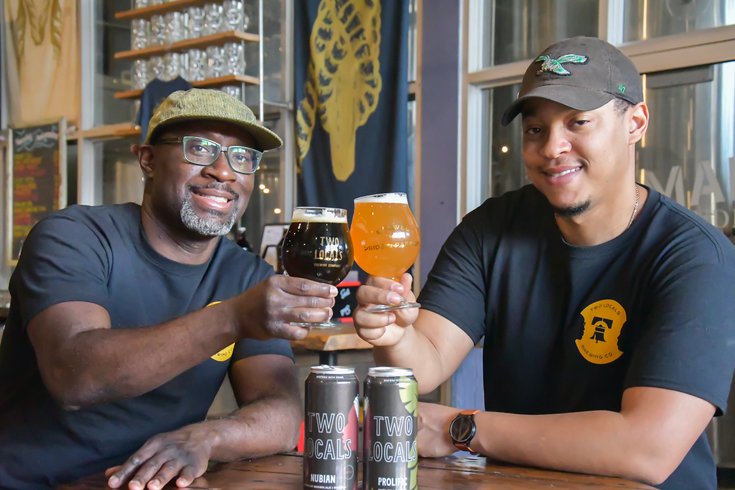 RELATED: Philadelphia's 2021 Dining Out For Life to take place in April | Northern Liberties Restaurant Week to take place this spring

Two Locals struck up a partnership with FCM Hospitality and Mainstay Independent Brewing to help make the beer.

Nubain and Prolific are available for purchase online, as well as Craft Hall at 901 N. Delaware Ave. on Fridays from 4 to 7 p.m. and Saturdays and Sundays from 2 to 6 p.m. Who You Wit? will be sold later this spring.

All three beers will be available for delivery through the BierMe app and for in-store purchase at area bottle shops, bars and restaurants as they become more readily available. The brews also will be sold at Parks on Tap and other FCM properties in Philly.

Two Locals ultimately hopes to open its first brick-and-mortar brewery and tap house at some point in the near future.

"The craft beer world needs more representation and more people like us," Mengistu Koilor said. "We want to release great craft beer we can be proud of, but we also have a larger social mission. There's a very small percentage of craft breweries in the United States, and I think African Americans represent 1%. That needs to change."

In 2020, the New York Times published an article saying that Black people make up about 13% of the nation's population, but they comprise less than 1% of brewers, according to a survey by the Brewers Association.

The Koilor brothers gained attention last year when they joined forces with Harris Family Brewery and Double Eagle Malting to collaborate on a Black is Beautiful beer sold at Philly's Love City Brewing. More than $9,000 in proceeds was raised and donated to support Black Lives Matters.

"While we are the first and only Black-owned brewery in the city, we hope that other Black-owned breweries join us and aren’t far behind. We would love to see our story inspire others and add to the diversity of our beer community," the brothers shared in a statement.