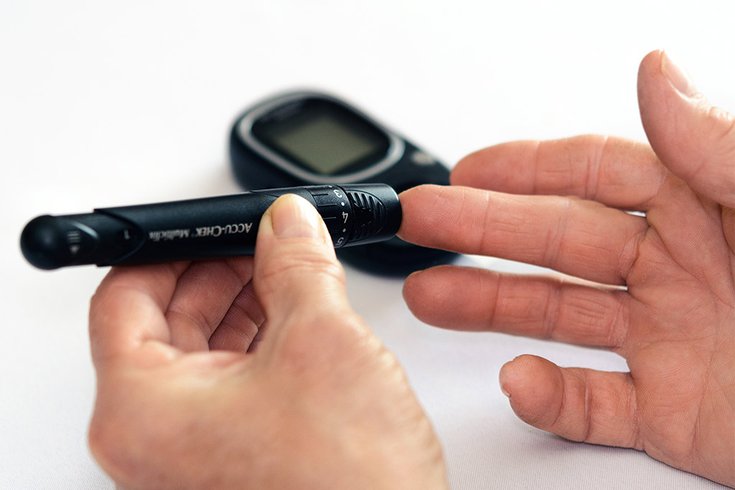 Thanks to science, we have a good bit of knowledge about Type-2 diabetes. For example, we know that it’s a chronic condition that impacts how a person metabolizes sugar. We also know that the risk for developing Type-2 diabetes is increased by things like an unhealthy diet and being overweight.

But new research brings forth some new information about the disease: folks under the age of 40 diagnosed with Type-2 diabetes have a much greater risk of developing (or dying from) cardiovascular disease.

The group most likely to be affected? Younger women, according to research published in American Heart Association's journal Circulation.

Researchers called upon data from the Swedish National Diabetes Registry and examined 318,083 Type-2 diabetes patients and selected a control group matching the patients' age, sex and county of residence, according to a news release. During the study, researchers assessed each individual's risk for developing heart attack, heart disease, stroke, and hospitalization from atrial fibrillation and heart failure.

According to the researchers, comparison of the data from Type-2 diabetes patients and the control group discovered a few key findings:

• Participants diagnosed with Type-2 diabetes before age 40 had the greatest excess risk for stroke, heart attack, heart failure or atrial fibrillation – and death.

• Women generally carried higher risk of excess cardiovascular disease and mortality than men in most categories.

• Excess risks for cardiovascular disease and life years lost declined steadily with the age of diagnosis.

Another interesting finding of the study: the excess risk of death for people diagnosed with Type-2 diabetes at age 80 or older was much reduced, the same in fact for like-aged people without diabetes.

According to UPI,  researchers said obesity is a significant factor in the increase of Type-2 diabetes in younger adults.

"This suggests we need to be more aggressive in controlling risk factors in younger Type 2 diabetes populations and especially in women," Dr. Naveed Sattar, lead author of the study and professor of metabolic medicine at the University of Glasgow, said in a statement. "And, far less effort and resources could be spent screening people 80 and older for Type 2 diabetes unless symptoms are present. Furthermore, our work could also be used to encourage middle-aged people at elevated diabetes risk to adopt lifestyle changes to delay their diabetes by several years."

According to the World Health Organization, Type-2 diabetes comprises the majority of the 422 million people living with diabetes globally.