Many parents are unaware of the risk that overuse poses, a new survey finds 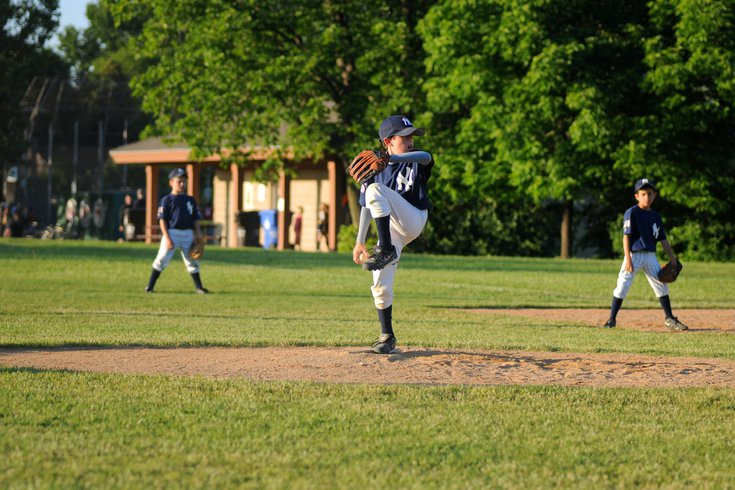 Kevin Farmer, a University of Florida Health orthopedic surgeon, says even youth baseball players are vulnerable to arm overuse injuries that may require surgery. It is not just a problem in collegiate and professional baseball.

Ulnar collateral ligament injury and the need for Tommy John surgery has been on the rise for decades in youth baseball.

While the exact number of injuries is unknown, orthopedic surgeon Dr. James Andrews says there has been an increase in Tommy John surgeries of over 9% per year among players ages 15-19. Plenty of research has shown that following national guidelines for pitching counts and rest periods is important for reducing the risk of injury in these young athletes. So why the continuing increase?

A new survey suggests that part of the problem might be that many parents are still unaware of the risk overuse poses to their young baseball pitchers.

In a survey of almost 100 caregivers of youth baseball pitchers in Florida, University of Florida Health researchers found that 83% were unaware of safe pitching guidelines. This was true regardless of the player's experience level.

Kevin Farmer, a University of Florida Health orthopedic surgeon, stress that even youth baseball players are vulnerable to arm overuse injuries that may require surgery. It is not just a problem in collegiate and professional baseball.

The ulnar collateral ligament is located on the inner side of the elbow. It connects the upper arm to the forearm, helping stabilize the arm. Everyday activity doesn't tend to overstress the ligament, but research has shown that the repetitive forces of throwing in baseball can cause tears in the ligament.

Treatment for ulnar collateral ligament injuries usually begins with rest and physical therapy. When that doesn't work, however, reconstruction surgery to repair the tear – referred to as Tommy John surgery after the first Major League pitcher to have it in 1974 – is needed.

"If you look at the ligament in the elbow, the ulnar collateral ligament, it isn't by itself meant to resist the stress that it sees from throwing a baseball," Farmer said.

That's why good pitching mechanics and enforcement of rest periods and pitch counts are so important, he explained.

This can be difficult, though, with so many young players pitching year-round for several teams. In the survey, 44% of the players participated in more than one league and 18% pitched nine months or more each year.

Another problem is that the number of pitches aren't always counted properly. A 2018 study led by Dr. Jason Zaremski, co-medical director for the High School Outreach Program at UF Health, showed that many pitches thrown by high school players, including those made during warmups or in the bullpen, were not included in pitch counts despite contributing to a pitchers' injury risk.

"It’s really important that somebody is watching the players closely to make sure they aren't pitching too much so we can minimize the risk of injury," Farmer said.

With kids playing on multiple teams, parents and caregivers need to track their children's pitching burden, Farmer and his colleagues emphasized. Unfortunately, even among the caregivers who are aware of safe pitching guidelines, the survey found that many weren't sure what those guidelines exactly were.

The survey also found that youth who played baseball more than six months a year were more likely to experience throwing arm pain after a game or practice. A little more than half of the caregivers who answered the survey reported that their child had throwing arm pain as a direct result of pitching, with many of them missing a game because of the pain. Twenty-seven percent of the children needed to seek medical evaluation for the arm pain.

"We’ve shown time and time again that kids who play more and throw more are at higher risk of injury," Farmer said. "I think coaches, for the most part, understand the importance of tracking pitch counts. There is often just no way for them to know how much someone is pitching elsewhere, out of their sight. We all need to do a better job as specialists to get the word out there."

According to the national guidelines for safe pitching, youth ages 7-9 shouldn't have a daily pitch count of more than 50. For youth ages 9-10, the limit is 75.

The number of pitches allowed in one game gradually increases as the player gets older. Players ages 13-16 are recommended to have a daily pitch count of no higher than 95.

There are also recommendations for the number of rest days and types of pitches considered safe based on age. Learn more here.

The study was published in the International Journal of Sports Physical Therapy.