Preconception health is a bigger fertility factor than many couples realize, doctors say

Planning for pregnancy should start months before people try to conceive 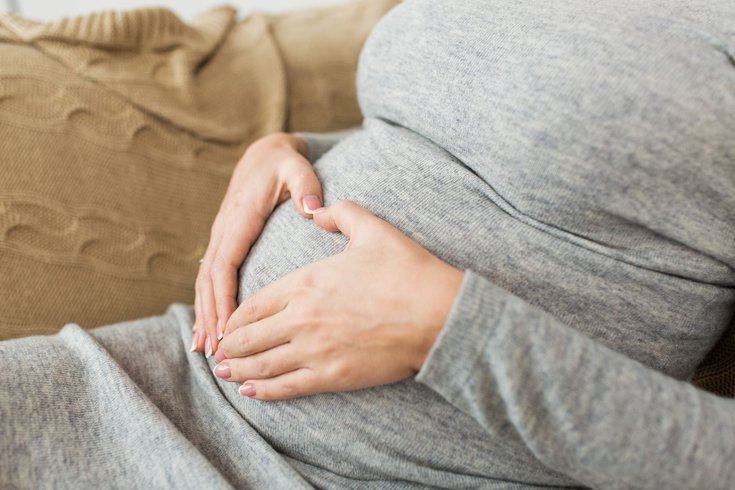 Before women begin the journey to motherhood, doctors say they should understand the way their health and lifestyle behaviors can impact pregnancy and the baby's health.

Having a baby is a big decision that should start months before couples even start trying to conceive, gynecologists say.

Preconception health – a woman's health before she gets pregnant – is just as important as her health during the pregnancy, especially if the pregnancy is unplanned.

While doctors don't completely understand why 1 in 8 babies are born too early, they agree that many women need to be healthier when they get pregnant.

Any underlying health conditions not only can affect the ability to have a healthy pregnancy, but they also can cause fertility problems. Unplanned pregnancies are at greater risk of preterm birth and low weight babies.

As the saying goes, a healthy mom means a healthy baby. So before starting the journey to motherhood, doctors stress that it's important to understand the ways a woman's health and lifestyle can impact pregnancy and the baby's health. They recommend women start preparations at least three months prior to conception.

Check in with your doctor

The first thing that a woman should do before getting pregnant is to touch base with her health care provider, said Lakeshia Montgomery, director of professional education and training for Southern New Jersey Perinatal Cooperative. Together, they can conduct an inventory of lifestyle behaviors and home and work environmental factors that could be harmful to the woman's fertility and baby.

For example, smoking and drinking alcohol could lead to fertility issues and pregnancy complications such as miscarriage, stillbirth and preeclampsia. So can obesity.

Some studies also have suggested that heavy caffeine drinkers may have delayed conception and be at increased risk for miscarriage. A woman trying to get pregnant also should avoid changing cat litter because it can put her a risk for toxoplasmosis, an infection that can cause miscarriage and congenital defects.

A doctor also will discuss the way any underlying health conditions might impact the ability to conceive and have a healthy pregnancy.

Arthur Castelbaum, a reproductive endocrinologist at RMA Philadelphia at Jefferson Health, acknowledged that obesity can be hard to manage, but said it increases pregnancy risk. Many people don't know it is associated with a higher rate of birth defects and babies dying, he said.

Even poor mental health can make it more challenging to conceive, Montgomery explained.

"Poor mental health decreases immune system, affects weight, and causes sleep problems – all of which can make it difficult to get pregnant," Montgomery said.

Sexually transmitted infections like gonorrhea and chlamydia can be transmitted to the baby and can lead to premature birth, stillbirth and sometimes death after birth. STIs also have been linked to fertility issues.

"It is important to empower women to ask questions, do research and prepare," Montgomery said. "Becoming a mother is a big change physically and mentally."

Women are advised to protect themselves from STIs as soon as they become sexually active so they will not face surprise complications when they are ready to start a family. According to the Mayo Clinic, screenings for HIV, hepatitis B, chlamydia and syphilis usually occur during the first prenatal visit.

One major decision couples have to make when getting pregnant is whether to be screened for genetic disorders prior to conceiving. Genetic diseases like cystic fibrosis and sickle cell anemia often run in families. Some people are also at higher risk of having a child with a chromosome disorder.

Doctors may recommend screening if couples have a family history of a genetic condition, birth defect or chromosomal disorder or if the woman has had multiple pregnancy losses or stillbirths.

One advantage to getting screened before conception, Castelbaum said, is that if couples learn that a baby would have higher risk of a genetic disorder, they can opt for in vitro fertilization. In that scenario, eggs can be tested before fertilization and implantation.

Infertility – when a couple has trouble conceiving or carrying a pregnancy to term – is more common than many people realize.

The fertility rate in the U.S. has been on the decline for decades.

The reasons for this are varied, said Gabriel Bogner, co-founder of Mate Fertility. It is partly due to people's lifestyles and more women putting off getting pregnant until she is older. Men's sperm count has dropped 50% in the last 40 years.

About 20% of people have fertility issues.

One-third of the time, the woman has a fertility issue, Castelbaum said. In another one-third of cases, the man has the problem. In the remaining cases, there is no known cause.

Bogner explained that egg quality and count lessens as a women gets older, with fertility especially declining after age 35. Older women also are at higher risk of having a child with a genetic disorder like Down syndrome.

Women can protect their egg quality by freezing some of them when younger. Most women, however, don't even think about doing this until they are already in their 30s and 40s. Bogner said this should be a service that is more affordable to young people.

Women with polycystic ovary syndrome don't ovulate regularly and often face fertility challenges as well. Sometimes women have a condition called luteal phase defect in which the uterus lining never fully prepares for pregnancy. The presence of uterine fibroids, endometriosis and pelvic inflammatory disease also can contribute to fertility issues by blocking the egg's travel through the fallopian tubes into the uterus.

The most common fertility issues for men are problems with the shape and motility of their sperm. Some men also may have a higher risk of sperm gene defects or simply have a low sperm count. A man's lifestyle — especially alcohol and drug use — can lessen sperm quality. STIs and other medical conditions also may make conception more difficult.

The good news is that there are effective fertility treatment options available, Bogner said. For women with ovulation problems, the first line of treatment is usually a drug to stimulate ovulation in combination with intrauterine insemination, a procedure in which the male sperm is injected directly into the woman's reproductive tract.

Assisted reproductive technology, in which the egg and sperm are mixed in the laboratory and the resulting embryo is put back into the woman's body, is another possibility. Donor eggs or sperm and surrogacy — when another woman carries the baby — also are options.

The general rule of thumb is that women should see a fertility specialist if they are younger than 35 and haven't been able to conceive after a year of frequent sex without birth control or they are 35 or older and have been trying to unsuccessfully conceive for at least 6 months.

Here are six ways to prepare for a healthy pregnancy:

1. Start taking 400 to 800 micrograms of folic acid every day to lower the risk of some birth defects including spina bifida. Ideally, women should start taking them a month before they get pregnant, Montgomery said. If women have trouble taking their prenatal vitamins, two Flintstone complete vitamins also can provide the added nutrients the growing baby needs.

2. Women who smoke or drink alcohol should stop at least three months before they plan to get pregnant.

3. Get an overall checkup to identify any health issues that might affect the pregnancy and the baby's health. If the doctor recommends losing weight, make a plan to do so before getting pregnant. This is the time to get any medical conditions under control, including asthma, diabetes, obesity, eating disorders and epilepsy. Even oral health can impact the health of a pregnancy.

4. Talk to a doctor about the use of any over-the-counter and prescription medications and whether there are any potential dangers at home or work, including chemicals and cat litter.

5. Get up-to-date on vaccines and screenings, including a Pap test and screenings for STIs, chickenpox, and rubella, which can be dangerous for an unborn baby. Get vaccinated against COVID-19 this summer because the Delta variant is more infectious. Castelbaum said it is a myth that vaccines reduce fertility.

6. Stop taking birth control and track your menstrual cycle to know the optimum window for conception. Menstrual periods usually will return within 30 days after a woman stops taking birth control pills. Doctors recommend women have at least one period before conceiving.

"It is important to empower women to ask questions, do research and prepare. Becoming a mother is a big change physically and mentally," Montgomery emphasized.