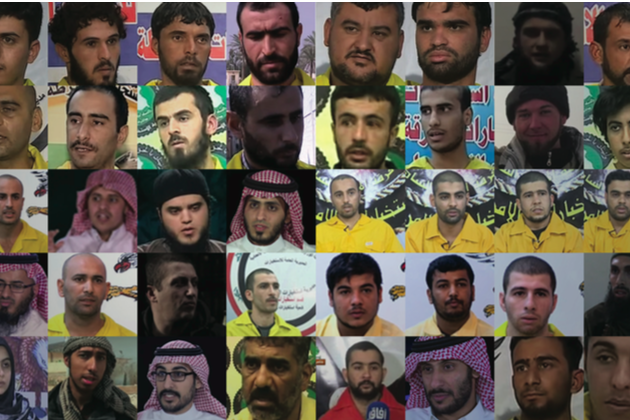 49 Western fighters with ISIS and other extremist organization were analyzed based on televised interviews in Quantum Communications report.

In the wake of recent terrorist attacks in the United States and abroad, observers around the world have struggled to grasp the ruthlessness behind radical extremist groups, specifically Islamic State, whose ideology dictates the wanton destruction of Western civilization.

While the history behind contemporary conflicts puts some of this violence into context, it's even more difficult to understand what drives Westerners to uproot their lives and join extremist groups overseas.

A report last month from New America estimated that around 4,500 Westerners have been drawn to ISIS and other militant groups in Syria, including roughly 250 Americans. Among these ISIS recruits, an unprecedented one in six of are young women, according to the report, many of whom forge connections online in search of a romantic and revolutionary utopia.

The New America report analyzed several demographic and logistical factors behind the movement of Western jihadists, finding that a majority have prior familial ties with extremists, most enter Syria through Turkey and warfare has proven especially deadly for Western fighters.

Another report conducted by Lebanon-based Quantum Communications, "Understanding Jihadists in Their Own Words," attempts to dissect the motivational factors of Westerners who join ISIS. Defying conventional wisdom, the report studied televised interviews with 49 current and former Western jihadists who appeared on Saudi and Iraqi channels. The researchers found that while ideology was a clear source of recruitment appeal, social status and financial well-being were at least as important to Westerners, if not more so.

The full report, which can be accessed as a PDF here, provides an analysis of the interviews based on keywords. The researchers then defined the surrounding factors, using psycho-contextual analysis, to explain different types of fighters and seekers who join Islamic State. Overall, the report describes Western external fighters as "confident naïfs with an axe to grind."

The chart below visualizes the factors influencing recruitment among seekers. 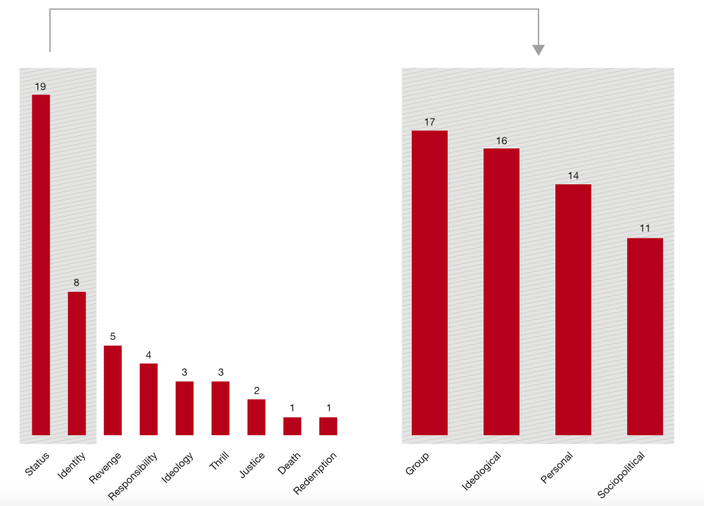 Numbers are based on overall mentions where certain interviewed fighters have designated at least one variable that contributed to their recruitment. (Contributed Art/Quantum Communications).

The analysis goes on to evaluate several cases of Westerners joining extremist groups, including a 22-year-old Florida man who joined al-Qaeda splinter organization al-Nusra Front and blew himself up with a truck bomb in Syria in 2014. In large part, researchers found that Western recruits felt like outsiders at home and longed for the cohesiveness they assume is a central to the structure of extremist groups.

While the report doesn't address the alarming recent trend of domestic attackers inspired by ISIS and others groups, from the San Bernardino shooters to the Boston Marathon bombers, the researchers have called for future studies that examine the idea behind ISIS and its cohorts in order to better understand and address the threat.