U.S. senator from Pennsylvania voted against her confirmation as education secretary 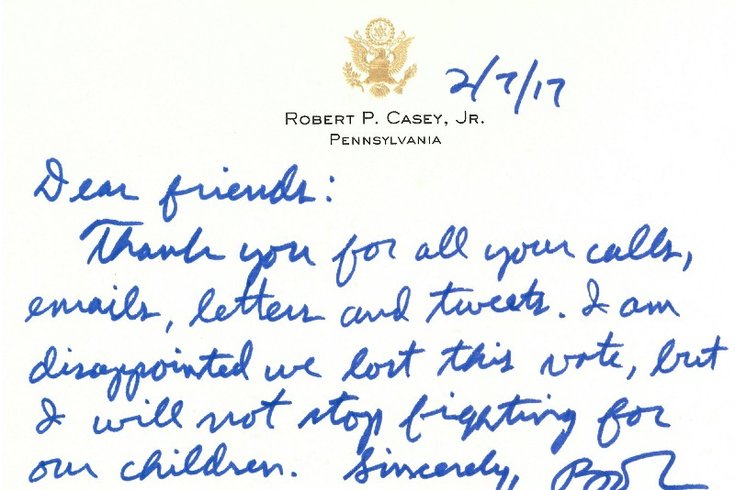 U.S. Sen. Bob Casey penned an open letter to his constituents on the day Betsy DeVos was confirmed as education secretary, thanking them for their voices of opposition and promising to hold her accountable in her new role.

Casey, D-Pa., who voted against DeVos’ nomination, acknowledged his disappointment over the appointment while noting that there is still more to do.

The vote may be over but today we begin holding Betsy DeVos accountable and I promise to lead the charge.

Pennsylvania’s other U.S. senator, Pat Toomey, voted in favor of DeVos despite an intense lobbying campaign to change his mind.

In a statement before the vote, Toomey had praised DeVos as someone who "understands that reform should begin with parents and communities," and after voting, he reportedly told the press that his opinion had never waived.