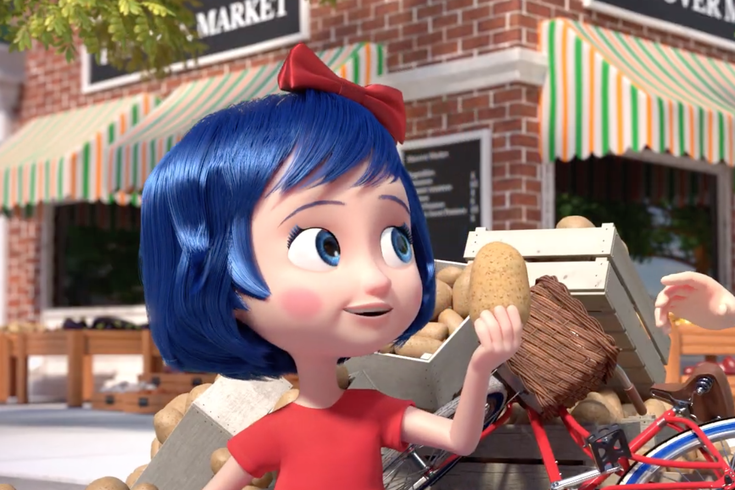 Utz gave its Little Utz Girl mascot a new look for 2019, as the company rolls out a new Pennsylvania-based media campaign.

Utz, the south-central Pennsylvania snack company responsible for some of the Keystone State’s favorite snack foods, unveiled a re-design of its classic mascot, the Little Utz Girl, ahead of a brand new media blitz.

The mascot, featured on each bag of Utz potato chips, has served as the snack company’s mascot since the 1920s, when Bill and Salle Utz hired a firm to create a lasting image for their line of chips. Interestingly, the design you probably know best …

The Utz girl is scaring me. pic.twitter.com/AMbiDHIPTw

… isn’t the design the brand began with. The current Little Utz Girl is the result of a re-design in the 1960s, and then a re-touching in the 1970s, making the mascot less life-like and more cartoonish.

Now, the Little Utz Girl is stepping into 2019 in a big way, with a brand-new, three-dimensional animated look:

I can’t say I love the new design as much as the classic round-faced drawing, but it’s certainly not bad. She looks a lot like the main character in the "Wreck-It Ralph" films.

This also sort of puts a wrench in the storyline (Do snacks have storylines?) where Baltimore beer mascot Mr. Boh, from the National Bohemian line of beers, proposed to the Little Utz Girl:

Do you know about Natty Boh? Utz Girls Fiance/Husband? pic.twitter.com/qxEZk9wEZm

The new design is all part of a media campaign from Utz, which will launch May 20 with 15- and 30-second video spots on regional TV in Philadelphia, central Pennsylvania, and Pittsburgh, along with social and digital platforms, the company said Thursday.

“The Little Utz Girl represents our nearly 100-year heritage and embodies everything important about Utz," CEO Dylan Lissette said in a release.

The company also added a new sidekick, Salty the cat, which doesn’t offend me but also doesn’t do much for me.

Of course, as long as Utz keeps coming up with revolutionary (and tasty) chip ideas like their Italian Hoagie chips from last summer, I probably won’t have any complaints.