Utz Italian hoagie chips: We tried them because you probably haven't 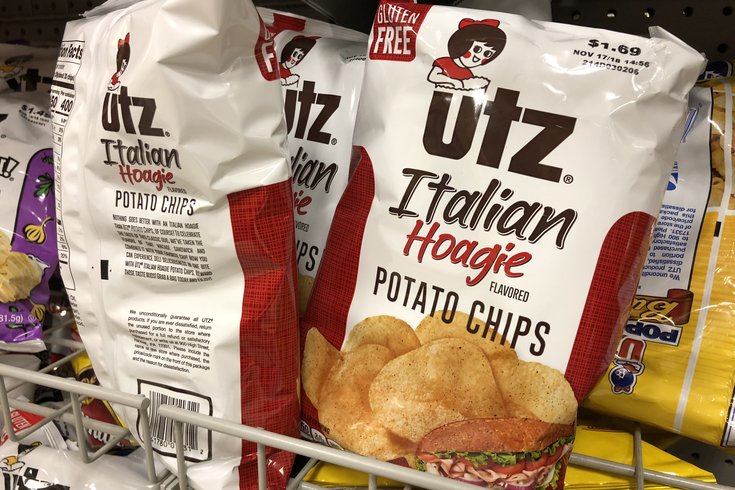 I was led to believe they were hard to come by. They were not! I looked for them in the snack foods aisle of the Rite Aid near my house in West Philly the same day I learned of their existence, and multiple bags were ready for consumption.

This all astounded me. Philadelphia is a city full of people that care so, so much about their own things. Utz is based in Hanover, York County, which makes it a (relatively) local potato chip company.

And, way more importantly, Utz decided to use the correct verbiage in the name: hoagie, a word that’s been found time and time again to be almost exclusive to Southeastern Pa.

So why had no one told me about these dang chips?!

It feels, now, like my duty to tell you about these chips. Are they good? Are they an affront to all that is Philadelphian? Do they actually taste like a hoagie? How could that even be possible?

I ate them at home with my two roommates in a very scientific and not-at-all-subjective taste test to figure out what to make of Utz’s newest foray. Here’s what we determined, told in a series of back-of-bag quotes.

All three of us: "Holy crap, these just smell like oregano.”

John: “I’m not so sure about those green specks.”

Stephanie: “When I breathe out, I taste salami?”

John: “I feel like the base was an oil and vinegar chip.”

Me: “I almost got Italian bread on that last one? Except like Subway’s Italian herbs and cheese bread.”

John: “It tastes like the meat from a hoagie if you let the chips get mushy in your mouth.”

John: “Also, I’m not getting the cheese!”

Stephanie: “This is like if an astronaut ate a freeze-dried hoagie.”

John: “When you get down to the chip is when you get a little bread blast.”

Me: “I feel like I just tasted all the toppings, except lettuce, because how would you do that on a chip?”

Stephanie: “The bag just smells like a South Philly bar.”

All of us: Making jokes about how vague the tomato flavor on these chips is, in the format of that one La Croix joke tweet.

Me: “Now I want an Italian hoagie.”

Our final verdict: We'll be honest, these are pretty good chips. They taste, surprisingly, like an Italian hoagie if you try hard enough to taste each part of an imagined hoagie. If you eat them while also eating an Italian hoagie, a Philadelphia.-shaped black hole might open up above the planet.

You should try some and then tell your friends about them, because no one knows they exist.