Video games may have a role in shaping public health, researchers say 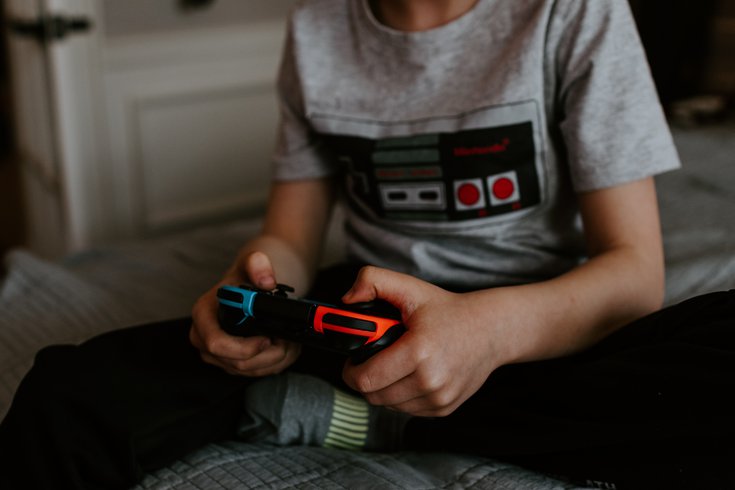 Research has shown video games to be useful for physiotherapy, pain management and reducing depression and anxiety. Sports video games and dance games also have been found to increase physical activity, which is essential for good health.

Video games have had a bad rap for years, at least in terms of their impact on public health. Some critics point to their addictive qualities and the violent nature of certain games. Others draw links to an increased risk of obesity and their role in sedentary lifestyles.

In recent years, however, video game developers have been looking for ways that games can positively shape health outcomes.

Research has shown them to be useful for physiotherapy, pain management and to help with reducing depression and anxiety. Sports video games and dance games also have been found to increase physical activity, which is essential for good health.

Last year, the U.S. Food and Drug Administration even approved a video game as a prescription medicine for attention deficit hyperactivity disorder.

And they may even have a role as a vehicle for public health messaging.

A need for new tools

The COVID-19 pandemic has highlighted the importance of people adhering to prevention strategies such as mask-wearing, social distancing and vaccination.

One particular age group, adults ages 19-25, has been identified by the World Health Organization as the least compliant to COVID-19 preventative measures. Young adults are less receptive to health messaging through traditional mediums such as the television, researchers say.

To explore whether they would be more open to public health messages through computer gaming, researchers from Lancaster University in England developed a prototype game called "Point of Contact" in which characters become infected with COVID-19. The game is inspired by "Among Us."

"COVID-19 has highlighted the need to find new tools to understand perception of risks and in turn behaviors around conformity to preventative instructions," said Abe Karnik, the researcher who led the development of the game.

The game provides younger people "with a new innovative way to learn COVID-19 safety measures in an accessible, engaging and non-intrusive way and on a format they are familiar with," he said.

The game is set in an office workplace where players have to work together to increase a shared economy score. At the beginning of the game, one of the characters has COVID-19. The players must figure out how to complete economy tasks while adhering to COVID-19 preventative measures to stop the spread of the infection. 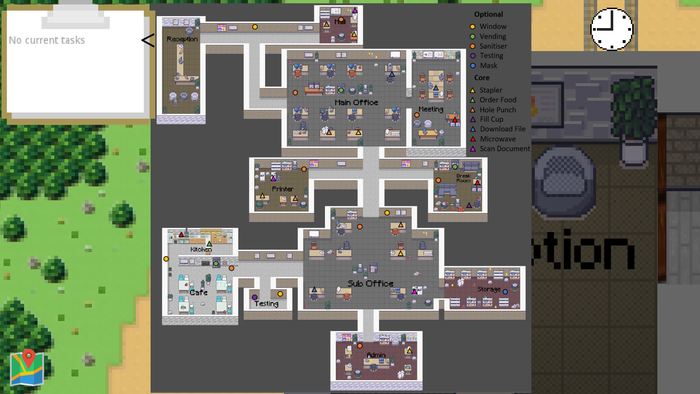 An image of the video game 'Point of Contact,' which aims to improve compliance with COVID-19 preventative measures..

In a study of 23 participants, the researchers found the players' underestimated how often they were breaking social distancing rules and other important COVID-19 guidelines. But the game altered their views on the importance of prioritizing health. After playing the game, only 13% of the participants still favored economy over health.

In addition, 87% of the participants said they would more carefully follow COVID-19 preventative guidance. Though research is needed to determine if their new awareness could be maintained long-term, the findings suggest gaming can be effective at promoting public health messages, the researchers said.

Even before the start of the COVID-19 pandemic, a report by the International Centre on Longevity in the United Kingdom found that gaming apps could influence people's feelings about vaccination. One study of parents and children in Italy found that those who had played Plague, Inc. were more likely to get the Measles, Mumps and Rubella vaccine.

Plague, Inc. and a similar game, Pandemic, offer lessons on disease outbreaks and how they spread well before the pandemic.

In Plague, Inc., released in 2012 by Ndemic Creations, each player takes on the role of a deadly disease. The goals is to find the most effective way to spread across the world, destroying all of humanity. In Pandemic, released in 2018 by Asmodee Digital, players take on the roles of doctors, scientists and operations experts to discover cures for four diseases that have broken out in different parts of the world.

Similarly, the internet-based "Remission 2" games by Hopelab include games where the goal is to kill cancer with "chemo bombs" and antibiotics. Studies have shown that when children fighting cancer play these games, they understand their diseases better and are more likely to adhere to their medication regimens.

Gaming as part of a treatment plan

In June 2020, the FDA approved the game EndeavorRx, developed by Akili Interactive, to treat ADHD symptoms in children ages 8-12, when used in conjunction with traditional therapies. It marked the first prescription video game.

The FDA's approval was based on seven years of clinical trial data from 600 children. Five studies explored whether the game, formerly known as Project EVO, could help children with their ADHD symptoms.

In one of the studies, one-third of the children treated saw improvements in at least one attention deficit objective measure after they played the game 25 minutes a day, five days a week for a month. About half of the parents involved in the study also reported seeing significant changes in their child's day-to-day impairment.

Since receiving federal approval, Akili Interactive has been investigating whether EndeavorRx also can be used to treat "COVID "brain fog" in adults. Brain fog, one of the various lingering symptoms associated with Post-COVID Syndrome, causes difficulty focusing and remembering.

Eventually, Akili Interactive hopes the game will be authorized to treat various cognitive disorders, including dementia and mild cognitive impairment.