Gaming now a valid treatment option for children with ADHD 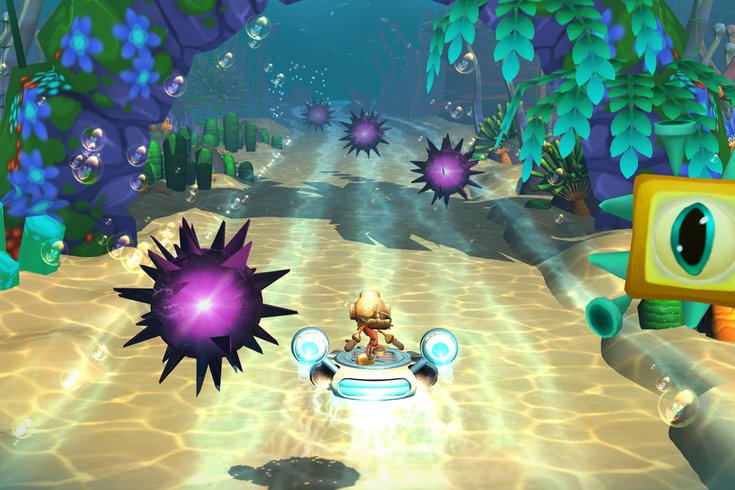 Playing the game EndeavorRx for 25 minutes, 5 days a week has been proven to help improve ADHD symptoms in children when used in conjunction with traditional therapies.

Video games are often criticized for their addictive qualities and links to increased aggressiveness, but they also have been found to be useful in health care settings for physiotherapy and pain management.

Now, there's a video game that can be prescribed as a medication for attention deficit hyperactivity disorder.

The U.S. Food and Drug Administration has given Akili Interactive approval to market EndeavorRX, an iPhone and iPad game, as a treatment for children ages 8-12 with ADHD.

The FDA's approval was based on seven years of clinical trial data from 600 children. Five studies explored whether the game, formerly known as Project EVO, could help children with their ADHD symptoms.

"The EndeavorRx device offers a non-drug option for improving symptoms associated with ADHD in children and is an important example of the growing field of digital therapy and digital therapeutics," said Dr. Jeffrey Shuren, director of the FDA's Center for Devices and Radiological Health.

ADHD is a "brain disorder marked by an ongoing pattern of inattention and/or hyperactivity-impulsivity that interferes with functioning and development," according to the National Institute of Mental Health.

These behaviors can negatively impact a child's daily functioning, natural growth and development. About 8% of children in the U.S. are diagnosed with ADHD.

In one of the studies, published in The Lancet Digital Health Journal, one-third of the kids treated saw improvements in at least one attention deficit objective measure after regularly playing EndeavorRx. Over the period of a month, they played the game 25 minutes a day, five days a week.

About half of the parents involved in the study also reported seeing significant changes in their child's day-to-day impairment after one month of treatment.

"Improvements in ADHD impairments following a month of treatment with EndeavorRx were maintained for up to a month," Akili Interactive said in a statement. The most common side effects were frustration, headache, dizziness, emotional reaction and aggression. There were no serious adverse reactions.

The doctors involved in the study emphasized that the game shouldn't be used to replace already established treatments for ADHD. Rather, it should be considered a supplementary measure.

"For children living with ADHD, improving their ability to focus and resist distraction is critical to their daily functioning and performance in school," said Dr. Elysa Marco, a cognitive and behavioral child neurologist at Cortica Healthcare who was involved in the research.

"Unlike traditional ADHD medication, EndeavorRx is designed to specifically target inattention. Based on the benefits my research participants and patients have experienced, I am thrilled that EndeavorRx is moving from the lab to the clinic to play an essential role as part of a comprehensive treatment plan for children with ADHD."

It should be noted that the doctors who led the research efforts work for Akili Interactive, according to disclosures included in the study.

The next step for Akili Interactive is to launch the game nationwide. There currently is a waiting list for people interesting in joining. A limited number of families received the game in April under the FDA's relaxed COVID-19 guidelines.