EndeavorRX already is used to treat ADHD symptoms in children. But researchers suspect it may provide therapeutic benefits for other cognitive disorders 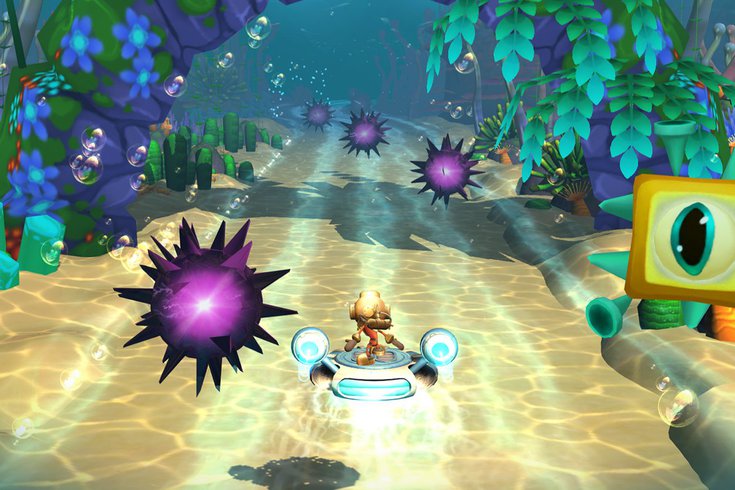 EndeavorRX, an iPhone and iPAD game, will be evaluated to see if it can improve cognitive symptoms in COVID-19 survivors.

Now, the game — EndeavorRx — is being tested as a treatment for adults with COVID "brain fog," the lingering cognitive symptoms experienced by some people who have recovered from COVID-19. Those symptoms have included difficulties paying attention and memory loss.

A pair of clinical trials will help determine whether EndeavorRx is effective at improving cognitive symptoms in COVID-19 survivors. Eventually, Akili Interactive, the company that created EndeavorRx, hopes the game will be authorized to treat various cognitive disorders, including dementia and mild cognitive impairment.

"The technology that we have at Akili is not very specific to one disease area," Chief Medical Officer Anil S. Jina told STAT. "It basically improves attention control, which is one of the aspects of cognition, and that is part and parcel of many different disorders."

COVID "brain fog" is not uncommon among COVID-19 survivors.

Cornell University researchers have been collecting data on cognitive impairments related to COVID-19. A study of 57 patients rehabbing from a COVID-19 hospitalization found 81% had some cognitive impairment, 55% showed deficits in working memory and 46% struggled with attention span.

Through discussions with Jina, the researchers learned EndeavorRx focuses on similar areas of impairment and may offer such patients some relief.

Weill Cornell Medicine and New York-Presbyterian Hospital are conducting one of two planned randomized studies on the video-game based therapy. Vanderbilt University Medical Center is leading the other one.

Both studies will enroll about 100 COVID-19 survivors over age 18 who have measurable cognitive impairment. Half of the patients in each study will be randomized for treatment; the others will serve as a control group.

Participants in the treatment groups will be asked to complete five EndeavorRx missions each day, five times a week. A similar prescription is used to treat children with ADHD.

About 34% of COVID-19 survivors are diagnosed with a neurological or psychological condition within six months of infection, according to a study published Tuesday in the journal Lancet Psychiatry.

Such conditions were found in survivors who had been hospitalized and those who only received outpatient treatment. However, hospitalized patients did have a high rate of cognitive symptoms, the researchers said.

EndeavorRx was approved by the FDA last June for children ages 8-12 with ADHD, a "brain disorder marked by an ongoing pattern of inattention and/or hyperactivity-impulsivity that interferes with functioning and development," according to the National Institute of Mental Health.

During one clinical trial, one-third of the children treated saw improvements in at least one attention deficit object measure after regularly playing Endeavor Rx. Over the period of a month, they played the game 25 minutes per day, five days each week.

There were some side effects noted in the ADHD studies including frustration, headache, dizziness, emotional reaction and aggression. There were no serious adverse reactions.