Vineland teacher reassigned for kneeling during Pledge of Allegiance 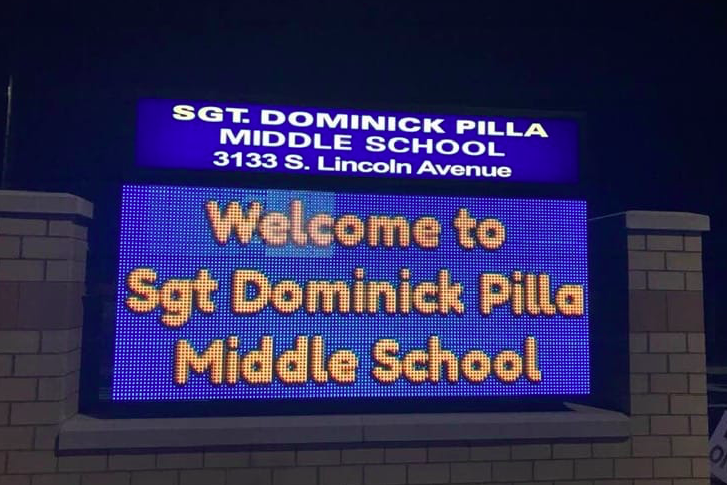 Sgt. Dominick Pilla Middle School in Vineland, New Jersey, reassigned a teacher who stirred controversy by taking a knee each morning during the Pledge of Allegiance.

A New Jersey middle school teacher who habitually kneeled during the Pledge of Allegiance has been reassigned from homeroom duties in an effort to reach a compromise, school board officials said.

The teacher, who was not identified, provoked a debate at the start of the school year when she decided to take a knee during the daily pledge, according to the Vineland Daily Journal.

Public comments at an Oct. 2 school board meeting included outrage from several individuals who reportedly found the teacher's behavior disrespectful and driven by an agenda. Some were offended because Sgt. Dominick Pilla Middle School is named after a U.S. Army Ranger who was killed during a mission in Somalia in 1993.

The teacher defended her First Amendment rights and told school board officials her actions were not politically motivated.

While district policy encourages faculty and students to be politically active, partisan political behavior is prohibited on school premises and during school hours.

The school board was unsure whether disciplinary action against the teacher would be permitted. Students are not required to stand for the Pledge of Allegiance.

In order to avoid a larger conflict, the school's principal decided to give the teacher administrative duties during the homeroom period of the morning. School board officials said the teacher and the middle school are satisfied with the resolution.